UN Helen Clark: The poverty link to the poaching crisis

Many of them are the African fathers and sons that live in the local communities near to wildlife, plagued by poverty, and struggling to support their families. Now imagine a foreign King Pin tempting one of these men with more money for one day of work than they’d earn in a year – but they have to kill and butcher a rhino for its horn, or an elephant for its tusks.

It is shocking, and yet almost comprehensible when we think of the lengths people will go to in order to feed their children. Addressing rural poverty, and creating opportunities for sustainable livelihoods, is a critical element in turning the tide on wildlife poaching.

This week I caught up with Helen Clark, Administrator of the United Nations Development Programme, and rated by Forbes as one of the most powerful women in the world.

“Tanzania has taken prominence in our work of late, following a government request to UNDP to provide support to Tanzania in addressing the poaching crisis,” says Clark. “We have assisted government in convening partners around a national anti-poaching strategy, and we are now supporting the launch and implementation of this strategy. This is important, as the strategy allows government and partners to focus efforts, avoid overlaps, and get to the heart of the matter in a time of crisis.”

“These three themes resonate with the wider international discussion on how to address the illegal wildlife trade crisis, as we have witnessed at recent summits in Botswana, Paris, London, Tanzania, and, recently, in Kenya during the United Nations Environment Assembly,” adds Clark. “Law enforcement is a crucial part of the wider governance response, and demand reduction is essential to address the long term ending of the markets for this illegal trade. Local African communities are losing out to poaching through theft of their wildlife, a public good; and through injury and loss of life from poaching.”

In Kenya, another country that has directly requested UNDP support, the same three themes are being addressed. Helen Clark recently returned from a trip to Kenya where she is working with First Lady, Margaret Kenyatta. They are empowering local communities living near elephants by helping them to develop livelihood strategies that are in harmony with wildlife conservation. 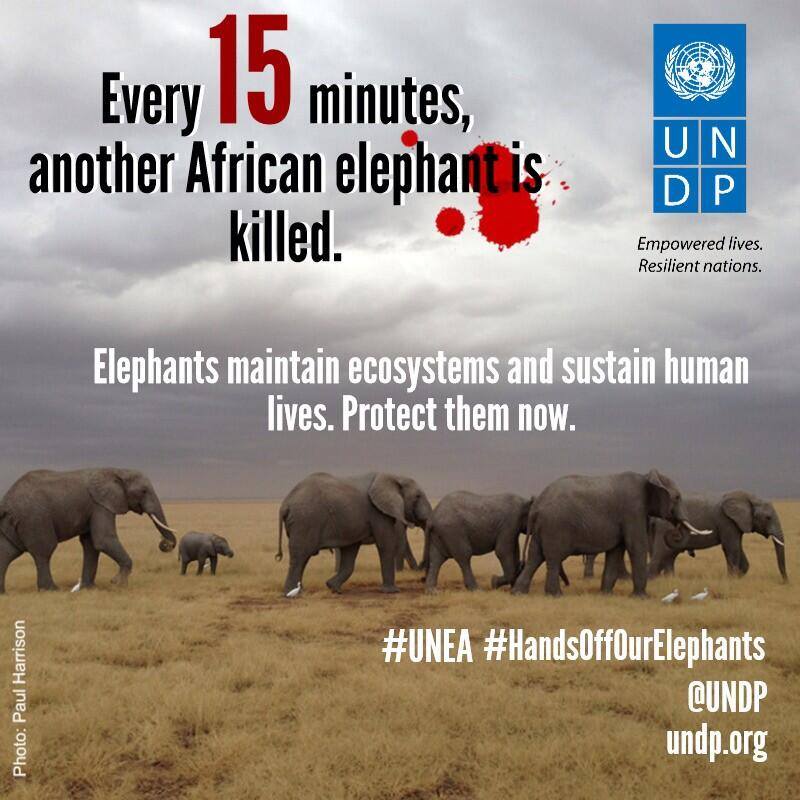 Like many other African countries, Kenya’s economy relies heavily on wildlife tourism, with more than 300 000 people directly employed in the tourism sector, and many more that benefit indirectly.

As a result of the #HandsOffOurElephants campaign, Kenya is showing an increase of illegal trophy seizures in Kenyan ports, and for the first time there has been more seizures on the African continent than in Asia.

Citizens in African countries can use the means available to them, including social media campaigns, to explain how demand for iconic wildlife species is damaging their economies and their futures.

But with so many people living in poverty, Helen Clark explains that meeting the balance between conservation and development is perhaps the most complex in the array of responses to the illegal wildlife trade.
“It requires a long term approach and determination amongst communities, park managers, the private sector, governments, and donors alike. In UNDP’s 2012 Biodiversity Strategy, we recognize the real value of biodiversity and ecosystems to society – in relation to secure livelihoods, food, water, and health; enhanced resilience; conservation of threatened species and their habitats; and increased carbon storage and sequestration – and we call for innovation, drawing on the potential of nature, to achieve multiple development dividends.”

The UN’s leading lady believes that ultimately we must empower communities to have access to natural resources, enable ownership, increase the capacity for benefit sharing and investment opportunities (including through public-private partnerships), and provide enabling environments for diversification of local economies so that communities have more choices. This will take the pressure off wildlife, forests, and other natural resources.

The conservancies model, piloted in Namibia with great success overall, and now being rolled out in Kenya, provides a clear way forward. Conservancies, where well managed, provide opportunities for private and communal management of wildlife, and, crucially, a framework for financial returns. Namibia provides a model for this.

Although affected by poaching, Namibia is not at the level of elephant poaching in East Africa or rhino poaching in South Africa.

Helen Clark says, “The cohesion of the Namibian approach, and the degree to which local people have had access to natural resources, and benefit from them, is a good example. Other approaches may also work, and UNDP stands ready to support countries to find approaches which suit their national requirements.”

The poaching crisis is a global problem, so what can we, the global citizens of the world, do to help save our iconic species?

“We can support the work of CITES, and support demand reduction work,” says Clark. “We can raise the issues as individual citizens through social media, lobbying our local legislators to raise the issue to a national level, or supporting the work of the UN and governments to tackle the problems. We can all do more, and we must, if we are to tackle this vile, illegal trade in wildlife.” 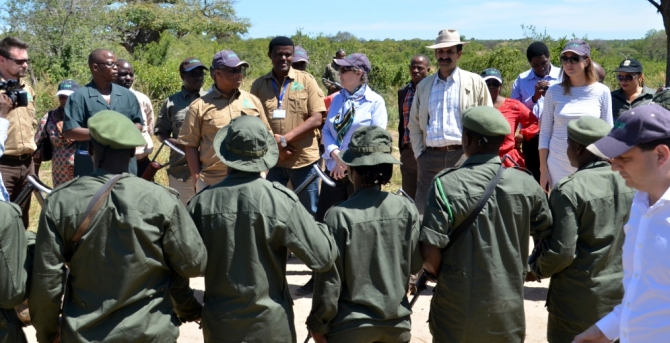 Photo: UN Helen Clark working with the rangers in Tanzania. 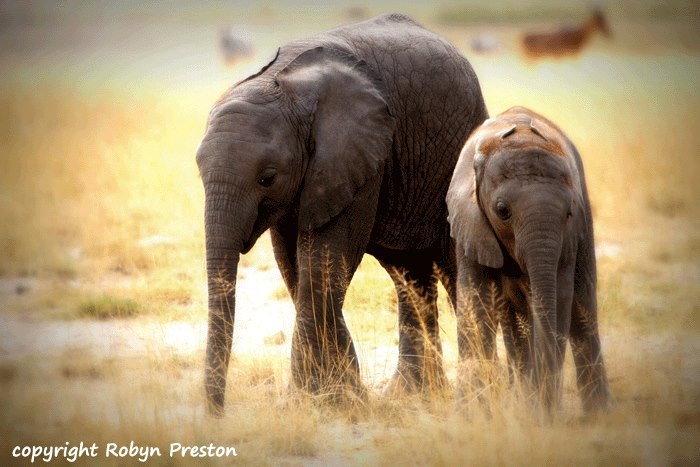 Jamie Joseph is a writer and an environmental activist, returning to her African homeland in October to join the war on poaching. Connect with the world’s most respected thought leaders in the poaching crisis @ savingthewild.com – every voice counts.

\Helen Clark was the Prime Minister of New Zealand prior to her post at the United Nations. She is rated by Forbes as one of the most powerful women in the world.