By Jamie Joseph
Friday was a particularly difficult day for me. I learned of the elephant massacre in a Congolese national park by armed militants likely to be linked to Joseph Kony’s Lord’s Resistance Army – and once again my sorrow and rage waged battles in my mind. After I had calmed down I posted the link to the massacre story on Saving the Wild’s Facebook page, explaining the difference between poachers recruited and exploited through poverty, and militant terrorist groups on a rampage. Members of the group, also outraged, wanted to know, “Yes, but what CAN we do??”
Saving the wild, one human at a time
About 18 months ago I cashed in all my savings and committed it to Africa’s poaching crisis. I created savingthewild.com, I interviewed many global thought leaders engaged in the poaching crisis, and then I returned to my African homeland to write ‘stories from the frontline’. About a month ago my savings ran out. I now have less than nothing, and yet I have never felt so rich.

It was my birthday a week ago, and the children in my life made me these beautiful handmade birthday cards, and every card was inscribed with ‘save the rhinos, save the elephants’. These precious little humans refuse to believe we will fail them. They refuse to believe in a world without these amazing animals. We need to try harder, because it’s their natural heritage being ripped to shreds on our watch.
What we do, how we treat other species does matter. It is a representation of who we are, our humanity, and how we would want to be treated. And for all the “stuff” in our lives, the latest status symbols and the hippest brands, today’s trends are tomorrow’s landfill. But this war on poaching, this crusade, this matters, because what we stand to lose is priceless. 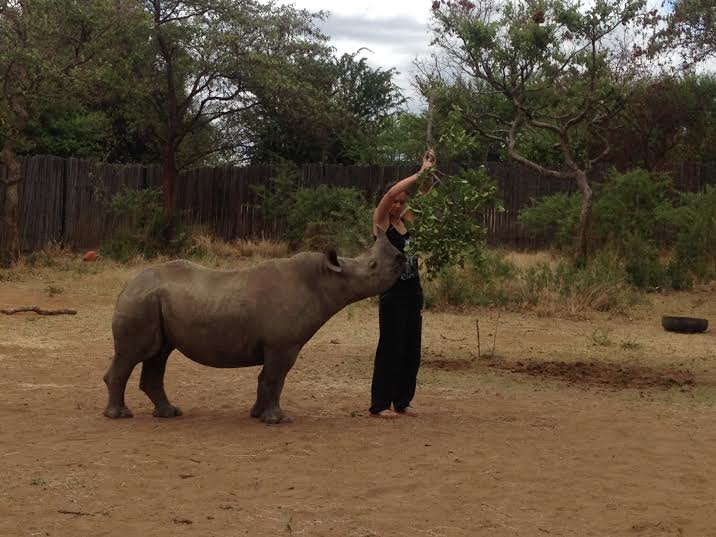 So what can Global Citizens do to save elephants and rhinos from extinction?

Amplify the message so that the movement becomes part of mainstream culture
Use your social media network as a force for good, and keep sharing the stories of hope and determination until the battle to save our iconic species becomes part of mainstream culture. I meet people all the time that have no idea Africa’s wildlife is haemorrhaging. Remove the excuse, “I didn’t know”. The world is a better place because of movements, because of ordinary people that refused to accept the status quo. Martin Luther King didn’t say, “I have a dream…but I’m not sure if it’s going to work out.” Nelson Mandela was my president when I was growing up, and for more than twenty years he was imprisoned under atrocious conditions, and he never once complained that all is hopeless.
Nothing is hopeless, unless we make it so!
Global March for Elephants and Rhinos
Everyone of all ages should join the Global March for Elephants and Rhinos taking place around the world on 3 & 4 October 2015. The Global March is one day a year where people worldwide, across a 140 cities and counting, march for justice, but the movement is always active with regular updates on ways to lobby your government to introduce and strengthen laws. Most politicians aren’t thinking “Oh the poor elephants and rhinos, I wish there was something I could do”. Most politicians are thinking, “How can I get more votes?” Make them work for us. That’s a motivating reason there are now several states in the US who have, in the past year, introduced a domestic ban on ivory and rhino horn.
Volunteer with the IAPF Green Army
In October I volunteered with the Green Army in Zimbabwe’s Victoria Falls, living amongst anti poaching rangers and playing a supporting role in this teeming theatre of unscripted beauty. No experience is necessary, you’re guaranteed to meet other passionate, like minded people, but you have to be willing to rough it. 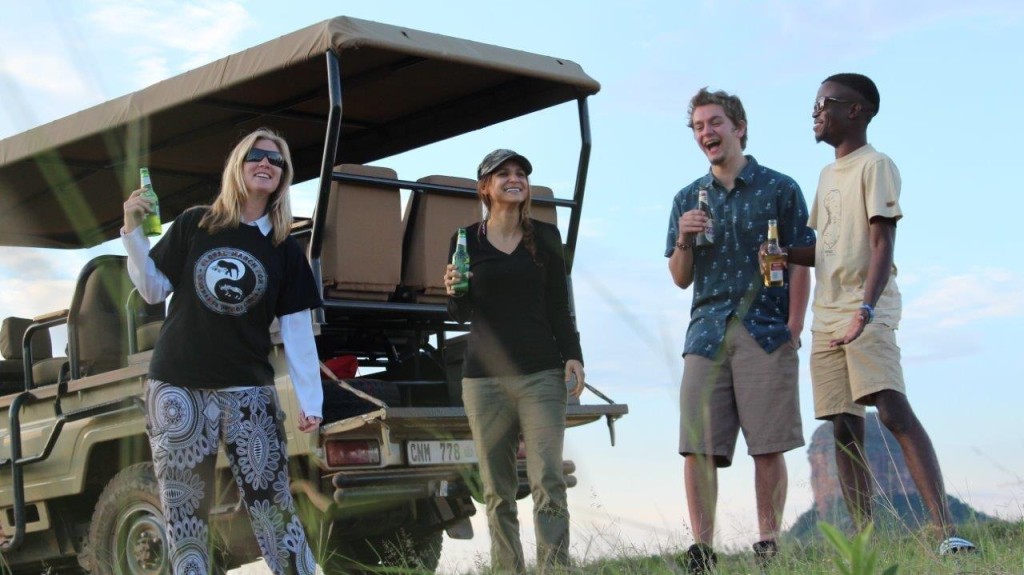 Youth 4 African Wildlife
In January this year I spent 30 days with Youth 4 African Wildlife, living amongst the wild things in the Limpopo province of South Africa. Targeted at youth between the ages of 18 and 29, this is experiential learning with the lifelong objective of empowering young adults with the necessary tools to become global wildlife ambassadors through meaningful storytelling; including social media, photography and documentary film making.

In the words of Dr Jane Goodall, “There is that saying, we haven’t inherited the planet from our parents, we borrowed it from our children. But borrow means you plan to pay back, and we’ve been stealing.”

African Wildlife Foundation – Social Impact Investment
Do you have capital to invest? AWF are successfully harnessing the power of impact investment to save wildlife and help people. AWF’s model is to ensure local communities have real equity in the business, so that Africans are then empowered to be guardians of their environment. I have seen firsthand rapid progress and transformation throughout Southern Africa where poaching has literally collapsed as a direct result of investing in communities living near wildlife, because the creation of alternative incomes pulls good men out of poverty that have, in the past, done horrific things in order to feed their families.
WildAid – When the buying stops the killing can too
A few days ago I interviewed Dr Elizabeth Quat, a Hong Kong lawmaker working with WildAid to help save the elephants. The Legislative Councillor recently crossed a major milestone. A couple weeks ago at the National People’s Congress (NPC) meeting in Beijing, with 36 Hong Kong NPC lawmakers sitting in that meeting, she successfully lobbied 32 of them to co-sign a suggestion to the National People’s Congress Standing Committee, calling for a domestic ban on ivory sales.
The four out of the 32 Hong Kong representatives that did not sign were unreachable, and of the other 32 that all did support, none of them were previously aware that there was an elephant crisis in Africa. Education is fundamental to stopping the demand. There are more than a million Chinese nationals currently living and working in Africa, and around 3.8 million Chinese living in the US, of which 2.2 million were born in China. All these people, all around you, have emotional connections to relatives and friends back home in China who do not have access to news and social media like we do. China is by far the biggest consumer nation of ivory and rhino horn, but the new generation of Chinese don’t care for these things, and so if we can get Chinese youth on side, campaigning with us, we have a huge opportunity to shape the future faster. 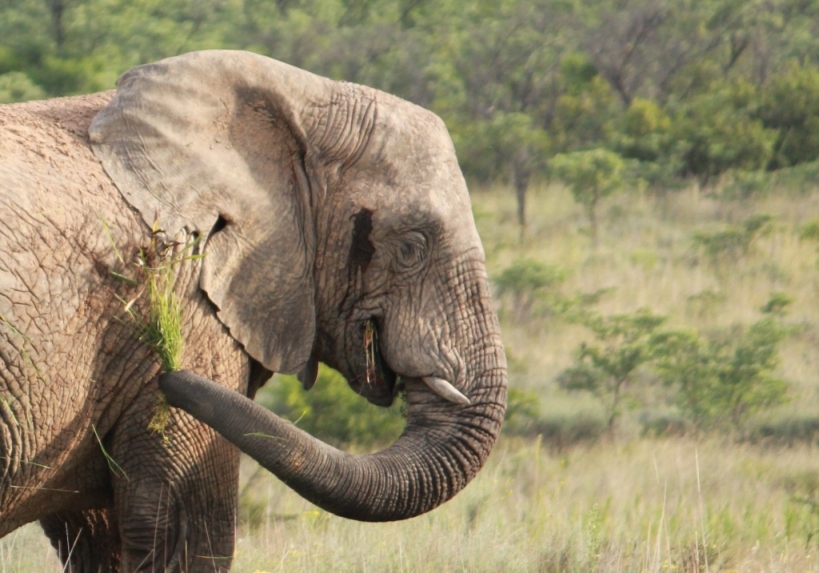 I write from my own personal experiences, but there are many amazing eco-warriors out there that I am yet to encounter. If you have any ideas to add to this, then please do so in the comments, or join the conversation on Facebook and Twitter.