My Kenyan assignment hosted by Big Life Foundation, the last in my current mission ‘solving poverty saves wildlife’, began after dark when there was a slurping sound of water coming from the pool area of Richard and Tara Bonham’s alluringly rustic farmhouse in the breathtaking Chyulu Hills.

I crept down the steps in the black of night, and slowly started to trace the four huge shadows illuminated by just a few pin pricked stars. From the other side of the narrow pool I watched, mesmerized, as four large elephant bulls quenched their thirst just a few metres away from where I sat.
The bull on the inside tilted his head back, and then paused to look at me. In this profound moment I was able see his magnificent tusks that curled like a crescent moon, so large I could imagine him sleeping on them.

I felt my heart yank, as if caught in a tug of war; the awe of witnessing something so magnificent, and the wish that every elephant on the planet was tuskless – because at least then they wouldn’t be a target. Every day in Africa another 96 elephants are poached and butchered in order to feed the insatiable demand for ivory in China and other parts of Asia, a status symbol to the mega rich.

Ironically, the weakest link in Africa’s wildlife war is poverty, with most of the poaching of all animals being done by the fathers and sons that live in communities bordering wildlife areas. Big Life, with Richard Bonham at the helm, recognised as far back as 25 years ago that unless the communities saw benefit in wildlife they would find other uses for the land. 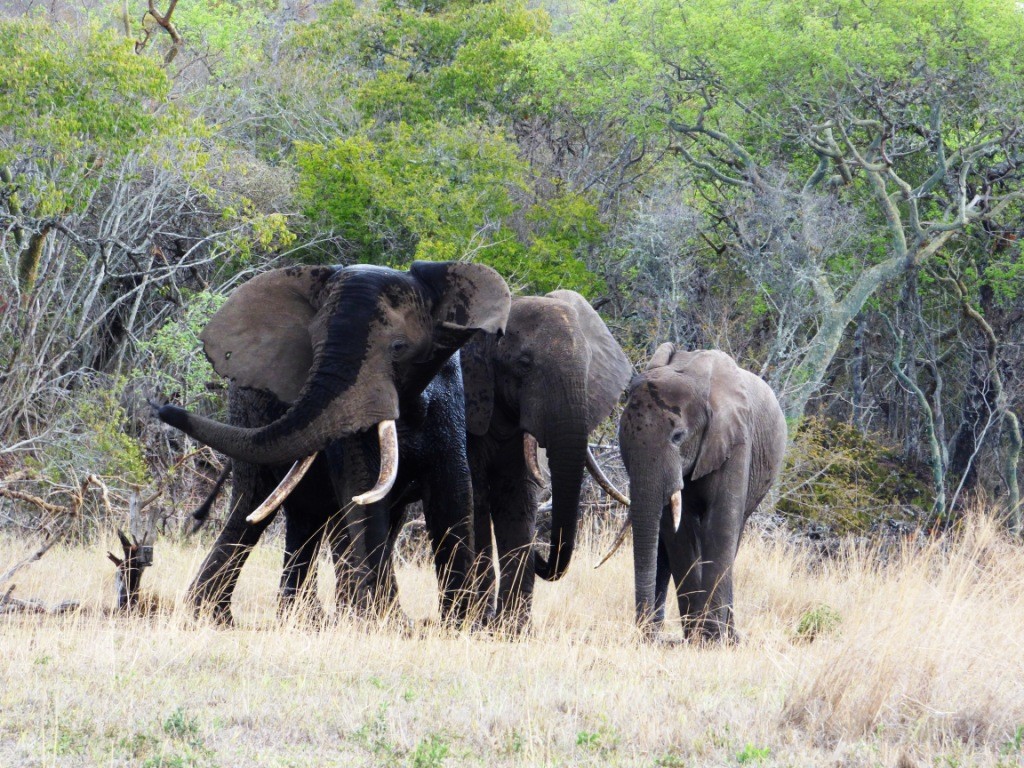 With Richard as Director of Operations for Big Life in Africa, the publically funded organisation now employs hundreds of local rangers, most of whom are Maasai, with more than 30 outposts and 15 vehicles protecting two million acres of wilderness in the Amboseli-Tsavo-Kilimanjaro ecosystem.

“Conservation cannot be driven by emotion,” Richard tells me on the way to base camp where I will be shadowing Big Life rangers for a couple days.
“I think one of the fundamental rules of mankind is economic self interest, and Big Life recognises this. And so we make sure that wildlife is generating revenue streams for the community, in order to sustain many of whom are living below the poverty line. The Maasai are really very tolerant, because after all it is their land, and these animals compete for space, grazing, water and they bring disease, so it’s actually a cost for people living with wildlife. The Maasai might not feel emotionally attached to these wild animals like you are, but they understand that they have a place in the natural world.”
Social media thrives on controversy; especially if it’s starring a bad guy, an iconic animal and even better if the country is ruled by corruption. But the dirty truth is that Cecil the Lion – as important as it is to address trophy hunting – and so much of the other hyped up stories that dominates Facebook feeds, are unfortunately the least of our problems when it comes to saving Africa’s wild.

Without habitat there will be no space for lions, elephants or rhinos to roam, and so if we are to save these endangered species from extinction, we’re going to have to save the humans first. For far too long now right across the continent wildlife is being wiped out because poverty is shoved into the unsolvable box.

The Big Life anti poaching team proudly boasts one of the lowest rates in ivory poaching throughout Africa, and their success is due to the fact that the community is on side. There is no silver bullet, however poverty and poaching can be outsmarted by providing livelihoods for rural people living amongst wildlife. Big Life is doing just that; whether it be transforming poachers into rangers and tapping into their exceptional bush skills and networks, introducing the Maasai Olympics to save lions from a culture of initiation killings, employment opportunities in all areas of conservation, or revenue streams from tourism. 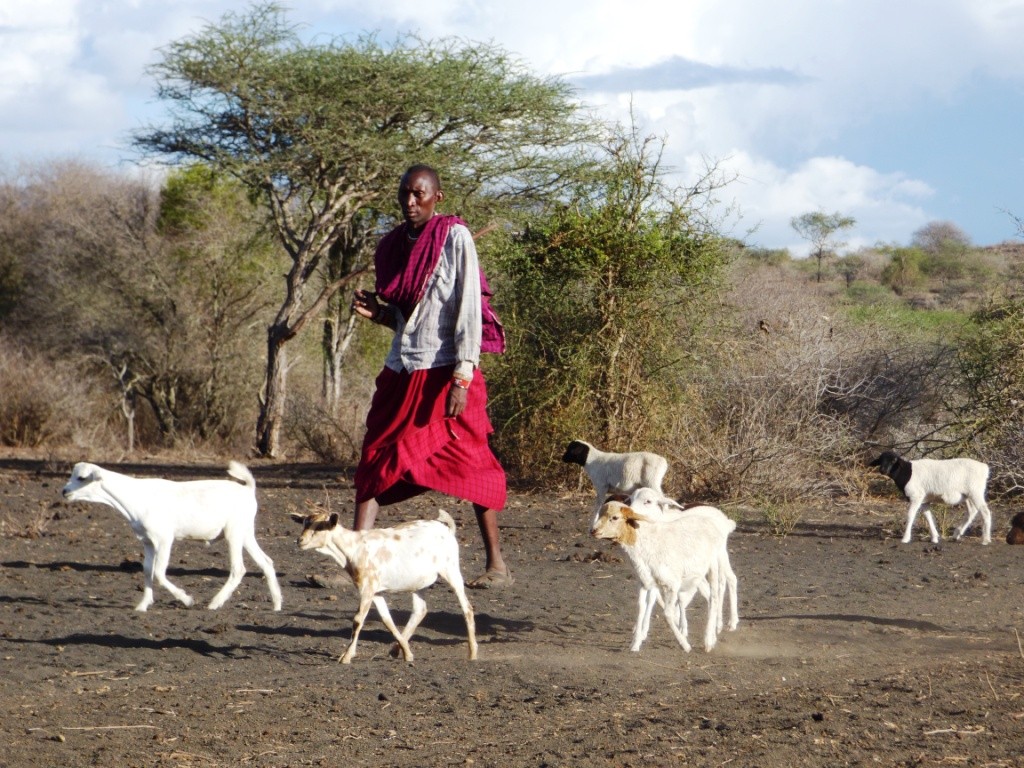 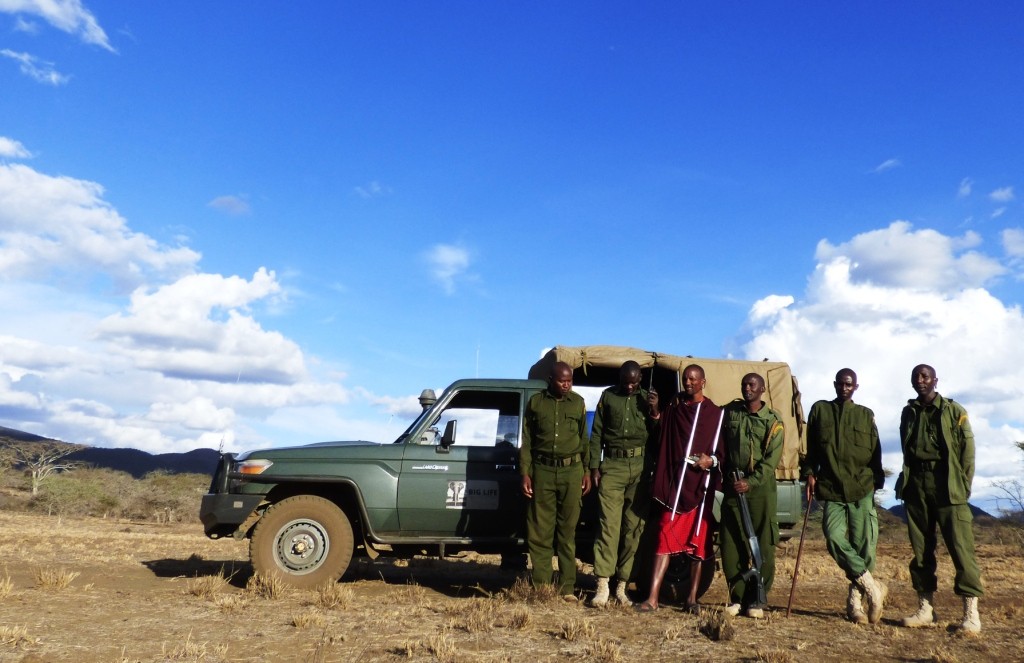 Moving forward, the community becomes guardians of wildlife, protecting not only their natural heritage, but their economic incentives too. I have now spent many hours with Big Life Rangers, and it’s a real tug on the heartstrings to see the relationship between them and the community. One day the rangers are helping herders from a local village search for a couple lost goats, and the next day they receive a tip off from that same village about two suspicious looking outsiders in the north bound area of rhino territory. It is a collaborative partnership that holds the key to the future of conservation in Africa.

We humans are social creatures and social relationships are a big part of who we are. We have the potential to cultivate a society that is not at war with itself by choosing actions that have beneficial circumstances, by cultivating the good, by choosing life.

READ: Rhino tracking with the poacher that became a protector