My war on poaching: reporting from Africa's trenches

By Jamie Joseph
A New Zealand Herald Exclusive, January 2015
I didn’t accidentally stumble across the dead elephant. I knew he was there, one of four victims in a recent killing spree in Zimbabwe’s Lake Kariba – but he was my first. For most of this year I have been working full time on Africa’s poaching crisis, originally from the comfort of my Waiheke Island abode, and then these past few months I have been darting between writing assignments – from South Africa to Mozambique, Zambia to Zimbabwe. Somehow, up until now, I had escaped the face of death, or in the case of the elephant, death without a face.
As I walked through thickets of bush in the direction of the carcass I could still hear the dirt music; the crackling of twigs, the crunch of earth beneath my soles, and then…silence. The shuddering sight of this lifeless body some thirty metres away was deafening. And then suddenly I was beside him, this once magnificent animal, now just a crumpled carcass of flesh and bone. His face had been hacked into with machetes, and in that moment I felt like a piece of me had been amputated. His eyes were still open, and I caught myself blinking in the squeeze of a tear. As I stood there I felt my heart tighten like a fist, and I felt life begin to seep out of me. 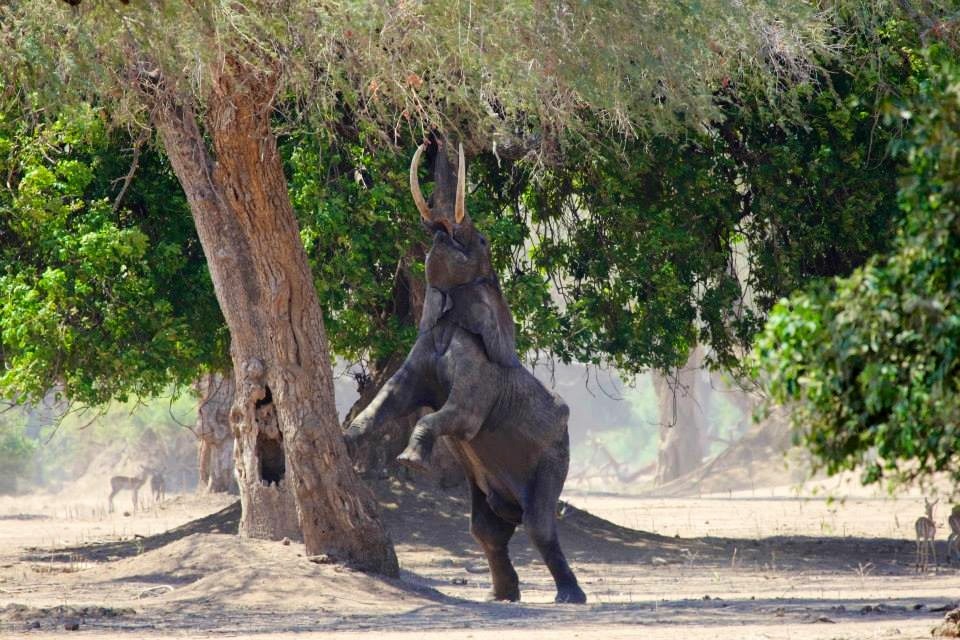 By now his ivory tusks have likely been claimed by rich folk in China, ravenous for status symbols. This burgeoning lust for vanity is by far the most dangerous weapon in this war on greed. Every 15 minutes another elephant is mutilated, and every 7 hours another rhino is slaughtered just for the horn – for keratin – the stuff in fingernails. I struggle to understand how a civilisation as advanced as we are can still be so savage and senseless.

I left Lake Kariba haunted by that dead elephant, and for the next three days my mind tossed and turned like a raft lost at sea, crashing between waves of rage and frustration. Is the killing ever going to stop? Eventually I grinded my mind to a halt, and I slowly started tracing my own personal journey from the inception of savingthewild.com – my platform to connect with global thought leaders, and a space to document my own ‘stories from the trenches’.
About six months ago I interviewed Dr Jane Goodall during her New Zealand tour. At the end of the interview I asked the world’s most beloved conservationist how she transforms anger into a force for good. And her response was, “The only way to turn anger into something good is to be doing something to try and prevent such an atrocity happening again. That’s the only way, to feel that you’re using all your energy to stop it happening again.” 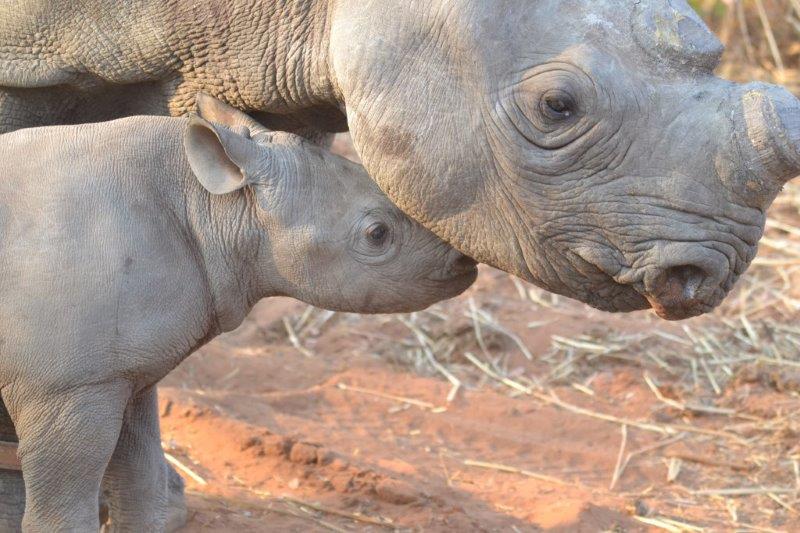 Photo credit: Greg Johnstone
New Zealand is a place I call home, but Africa is my homeland, and nature is the mother of us all. I march to the beat of a Global Citizen, and I’ve been navigating the African wilderness for three months so far, and there are things in the darkness, once you cross over, that will make you question how much sin you can really live with.
I have pursued criminals through the rhino killing fields of Kruger National Park, and across the South African border into Mozambique. I have observed shoeless shabby poachers on their knees, heads hanging in shame while the elders from their local village berate them for dishonouring their families. I have held their weapons in my hands; an axe and a silenced .375 rifle, and I have felt the weight of poverty. Most poachers recruited from these rural villages neighbouring wildlife are not getting rich by any means. They are being exploited by the middle men in a chain of command that inevitably leads to the untouchable Kingpins in far-east lands.
Often the very people put in charge to protect our precious wildlife are revealed to be the most deceptive villains of all. For example, the Environmental Investigation Agency report released last month shows Tanzania as a key player in the illegal ivory trade. In 2013, the East African country reportedly lost 10 000 elephants, equivalent to 30 a day. The poaching is due to a toxic mix of unlawful syndicates, often led by Chinese nationals, and corruption among some Tanzanian Government officials.

The illegal wildlife trade is valued at nearly US$20 billion; up there with arms, narcotics, counterfeiting, and human trafficking, and until society wakes up to the fact that these animal issues are also human issues, we will never be able to effectively problem solve our way out of this wildlife holocaust. If not properly addressed, this vile trade will go on to dismantle African economies so intrinsically reliant on tourism, causing more job losses, and fuelling more conflict. Profits from these wildlife crimes continue to fill the coffers of terrorist organizations; including Al Qaeda-affiliated Al-Shabaab, Joseph Kony’s Lord’s Resistance Army and Boko Haram. Adding to the rising death toll, on 2 December Al-Shabaab militants raided a quarry in northern Kenya, killing at least 36 people they identified as Christian – those who could not recite lines from the Quran were executed on the spot. The next day at least five people were killed in a suicide bombing targeting a United Nations convoy in Somalia’s capital, Mogadishu.

I have interviewed many eco warriors, each interview providing a piece of the puzzle in this battlefield of corruption and underworld activities that reads like a fiction thriller. Behind the scenes I have mentors that have done it harder so that we can walk further, and on the frontline I have felt the grit under my nails, and had the honor of working alongside the unsung heroes in this war – brave rangers that are out there every day risking their lives, grievously under equipped to take on syndicates operating with the latest technology and firepower.
There is little I can do about the bloodlust for status symbols, but there are a few Asian celebrity activists that are currently doing the rounds from Hong Kong to Hanoi, and making real progress by appealing to their fellow citizens’ humanity. These things take time, but history shows us that we can curb demand. 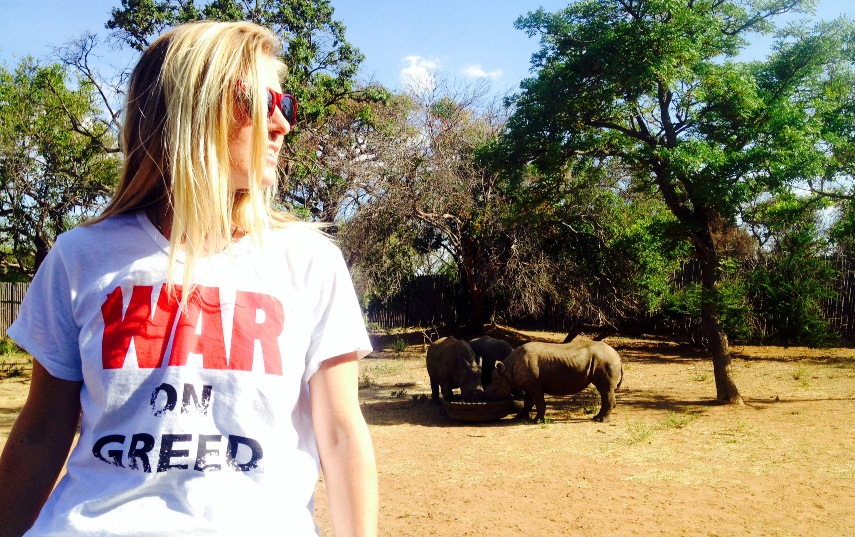 Back in Africa, it’s time for a new story.
In recent years I have had the opportunity of working with some of the most forward thinking minds on the planet, and I have come to understand the real value of nature, and the systems we need to put in place so that people and nature can coexist in harmony and abundance.
On African soil, international business has a vital role to play, not only through the sustainable economic development of natural resources, but through savvy investment in conservation enterprises. Most NGOs active in the poaching crisis are so caught up in the scramble to stop the bleeding that they don’t really have time to examine what is pulling the trigger – and that trigger is poverty.
I am currently working with a global coalition focused on harnessing the power of impact investment to save wildlife and help people. It’s imperative that local communities have real equity in ecotourism, so that impoverished Africans are empowered to protect their environment. I have seen firsthand rapid progress and transformation dotted throughout Southern Africa where poaching has literally collapsed as a direct result of investing in communities living near wildlife, because the creation of alternative incomes pulls good men out of bad times that have, in the past, done horrific things in order to feed their families.
On our watch, in this generation, earth has lost more than half its wildlife, and we are now plummeting towards the 6th extinction. Africa’s wild is brutal poetry that has a way of unstitching every adventurer that dares to breathe in its shuddering life force. If we cannot save the big things, if we cannot save our iconic species, how are we ever going to save the little things?