Did the NPA sabotage the case of accused rhino kingpin?

By Jamie Joseph
It was the intention of State Advocate Yuri Gangai to bring forward an application for the recusal of Magistrate Shandu at Ngwelezane court on Monday 9 October. Magistrate Shandu is the man I exposed on 23 July through a Sunday Times article by Matthew Savides as being in a corrupt relationship with Gwala’s current defense attorney, Miss Mpume Linda.
Myself and two investigating police officers were requested to write affidavits in support of Advocate Gangai’s application for the recusal of Magistrate Shandu. On Friday 6 October we all made sworn police affidavits, signed and witnessed by a Commissioner of Oaths. On Saturday 7 October, Advocate Gangai called me to tell me I no longer need to be at court on Monday as, in the final hour of Friday, he was replaced as the prosecutor on the Gwala case. The order came straight from the top, and the “official reasoning” was emailed to me by Natasha Kara, media relations for the National Prosecuting Authority (NPA):
Herewith an email response from Advocate Moipone Noko, the Director of Public Prosecutions for the KwaZulu-Natal (KZN) Province.
1.      The new Prosecutors, who are senior public prosecutors have been allocated to this matter. This is for fair allocation of cases to other prosecutors.
2.      It is not cost effective to have a prosecutor travelling from Durban to the north coast to deal with a case that can be dealt with by senior and experienced prosecutors within the cluster where the matters appears.

The only way the NPA could have stopped the application for the recusal of Magistrate Shandu was to replace Advocate Gangai with a prosecutor that didn’t have the backbone to stand up to Magistrate Shandu. Advocate Gangai would have provided evidence that a bribe was paid to Magistrate Shandu – in the presence of Gwala’s defense attorney Miss Mpume Linda – so that he would “take it easy” on Gwala.
Advocate Gangai is arguably the most experienced environmental prosecutor in the province, and even more importantly, he understands the Gwala case, which is built on a complicated 252 operation.
By replacing Advocate Gangai, is the NPA sabotaging the case?
The NPA claiming that they want to suddenly be “cost effective” (at the risk of losing cases) is also questionable, as they have indicated that they would still like Advocate Gangai to prosecute other rhino poaching cases in Zululand – which would mean driving 2 to 3 hours to court, as he has done for years. And by attaching three local prosecutors to the case it puts on a good show, but it means triple the S&Ts, and so there is really almost zero cost savings.

And to add insult to irony, this entire case is built around the allegations that there is a ZULULAND syndicate of corrupt magistrates and prosecutors protecting rhino poachers and kingpins. In the Gwala case alone I have already exposed two magistrates and two defense attorneys.

As it stands, for the case of Dumisani Gwala:

Why was the application for the recusal of Magistrate Shandu not heard? Exactly who the DPP protecting? Is it Gwala? Is it Shandu? Or does it go higher up the chain to Nzimande?

Four trial dates in four different courthouses had recently been presented, with proposed trial dates to take place in November. All of these were turned down by KZN Regional Court President, Eric Nzimande, who is currently under investigation for allegations of corruption involving appointments of magistrates.
Read: Open Letter to Deputy Minister Jeffery and Regional Court President Nzimande
I was told through reliable sources that Deputy Minister Jeffery (who sits on the Magistrates Commission) is aware of the allegations of corruption, and very concerned as he has inside knowledge, and yet it appears he has allowed Nzimande to stall the trial for another six months; meaning from time of arrest to trial it would have been nearly three and a half years.
It is no secret that Gwala tells police that he will never stop killing rhinos, and yet if we are to honour our police and rangers we should honour them with justice.
Gwala’s trial has now been postponed at least 17 times since February 2016, when I began attending court appearances and exposing the Gwala Syndicate. At the time of his arrest in December 2014, a spokesperson for the operation stated that Gwala is believed to be responsible for 80% of the rhino horns that go through the KwaZulu-Natal province. In this year alone, in the KZN province where rhino poaching is now totally out of control, we have lost more than 200 rhinos to poaching while Gwala is out on bail. By May next year, at a conservative rate of 20 murdered rhinos a month, that would amount to another 160 dead rhinos, and 80% of that figure is 128 dead rhinos. 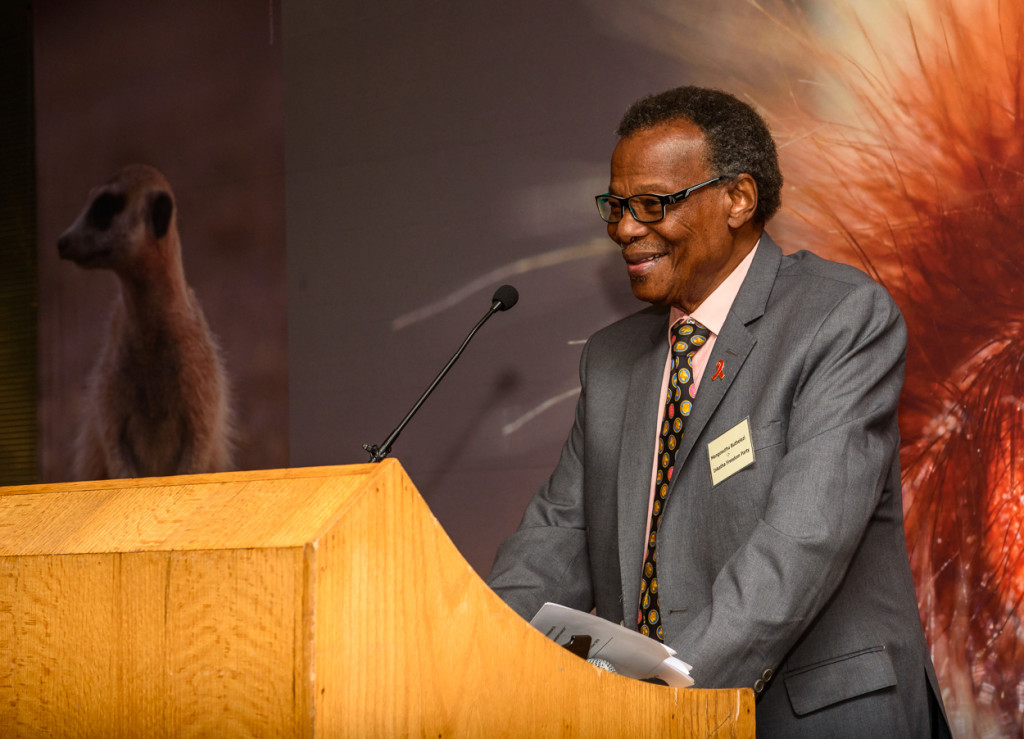 “I said then, and I still maintain, that the game reserves of KwaZulu Natal are our heritage, and as such are beyond price.”
-Prince Buthelezi, IFP President
Read National Geographic: Justice for Rhinos, when will it come? | October 2016

In a debate on the current status on the criminal justice system, Prof CT Msimang, IFP MP, raised the case of alleged rhino poaching kingpin Dumisani Gwala, and the slew of delays and allegations of corruption.
“The NPA 2020 strategy on how to deal with crime will remain nothing but a pipe dream unless and until the NPA begins to prosecute without fear and without favour,” says MP Msimang. “In the province of Kwazulu Natal there is a matter on the roll pertaining to the alleged rhino poaching kingpin of Zululand, Dumisani Gwala, which matter is being heard at Ngwelezane Magistrates Court. This matter has been postponed at least 16 times already. The trial is yet to begin. I don’t think anyone in the country will disagree that we are currently at war for our rhino, and yet possibly the biggest rhino horn court case currently before us seems fraught with irregularities and possible complicity on the part of justice.”

Now, without casting any aspersions, and being mindful of the sub judice agreement, I simply request that the Honourable Deputy Minister of Justice, John Jeffery, take a considered look into these proceedings. 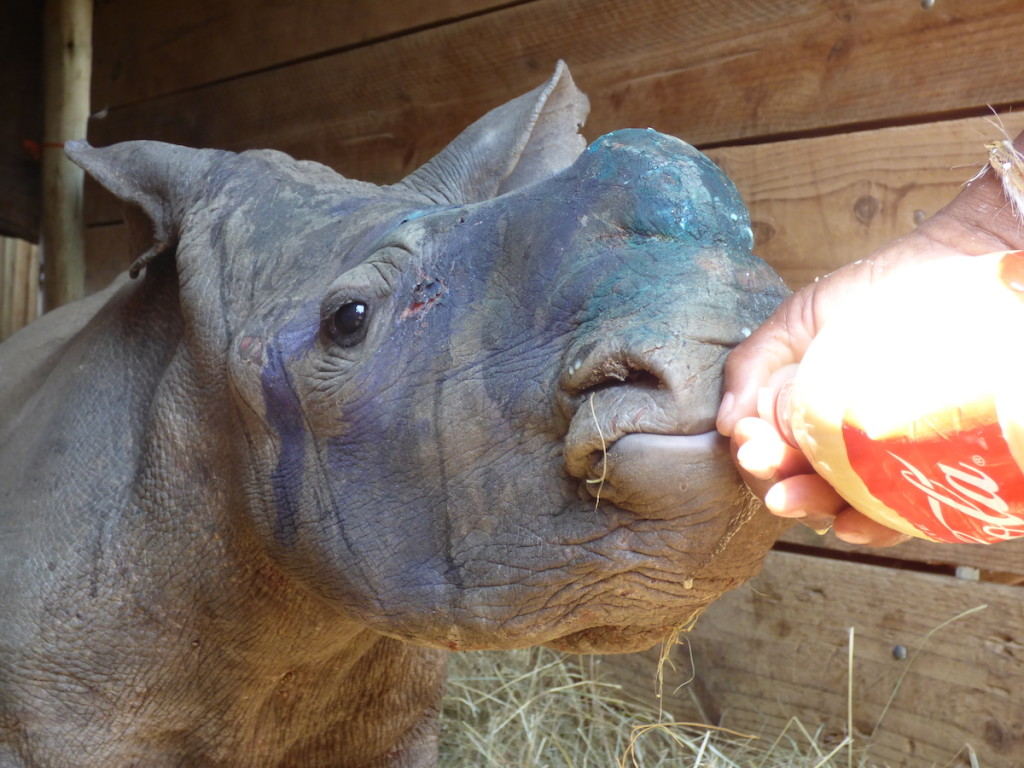 Please read, share and amplify this message in the uphill battle to save the last of the rhinos. Breaking news from around the world coming soon…
Join the crusade for justice on Saving the Wild Facebook and Twitter.