Press release published by Saving the Wild, June 15th, 2018.
On Tuesday June 12th, raids led by the Hawks Police, took place at various Hazyview and Nelspruit premises of the alleged rhino poaching kingpin, Petros Sydney Mabuza, known in law enforcement and poaching gang circles as “Mr Big”. He was arrested and detained by police. (CAS 45 / 6 / 2018)
On Thursday June 14th, the 54 year old Mabuza appeared at Hazyview Magistrates Court before Magistrate Baloyi and was charged with six preliminary counts as follows:
1. Conspiracy to commit a prohibited offense in terms of the National Biodiversity Act 10/2004 section 57 (1).
2. Possession of unlicensed firearm to wit, the barrel of a .416 rifle.
3. Possession of ammunition without being in possession of a license to wit, six .416 cartridges.
4. Possession of a prohibited firearm, barrel of .416 serial number removed.
5. Possession of an unlawful firearm with the intention to commit a crime.
6. Charges in terms of unlawful credit agreements.
With reference to the June 14th official media statement by Directorate for Priority Crime Investigation (Hawks Police), Mabuza is also “accused of trafficking rhino horns in Acornhoek, Mpumalanga.”

Mabuza was represented by Advocate Sigode. The state prosecutor was Isbet Erwee. After initial bail was denied, Mabuza is currently in police custody until June 20th, where he will apply for bail during a formal bail application. Further rhino related charges could also be added.

“But intelligence is inconsequential if there is no follow through,” says JP Roux, Head of Investigations for Saving the Wild. “We are grateful that the Hawks Endangered Species Unit, led by Colonel Johan Jooste, are committed to disrupting the supply chain, because that really is the game changer in this decade long bloody war. We are cheering them on as they continue to go from strength to strength.”

Regarded as one of the three major rhino poaching kingpins in South Africa, Mabuza started out as a common poacher and is now a force to be reckoned with. The alleged syndicate boss owns numerous properties and businesses in the province of Mpumalanga. 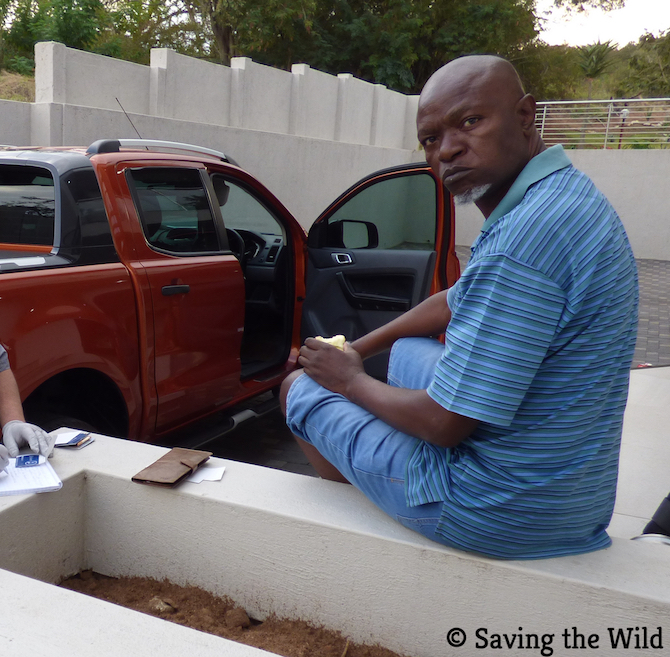 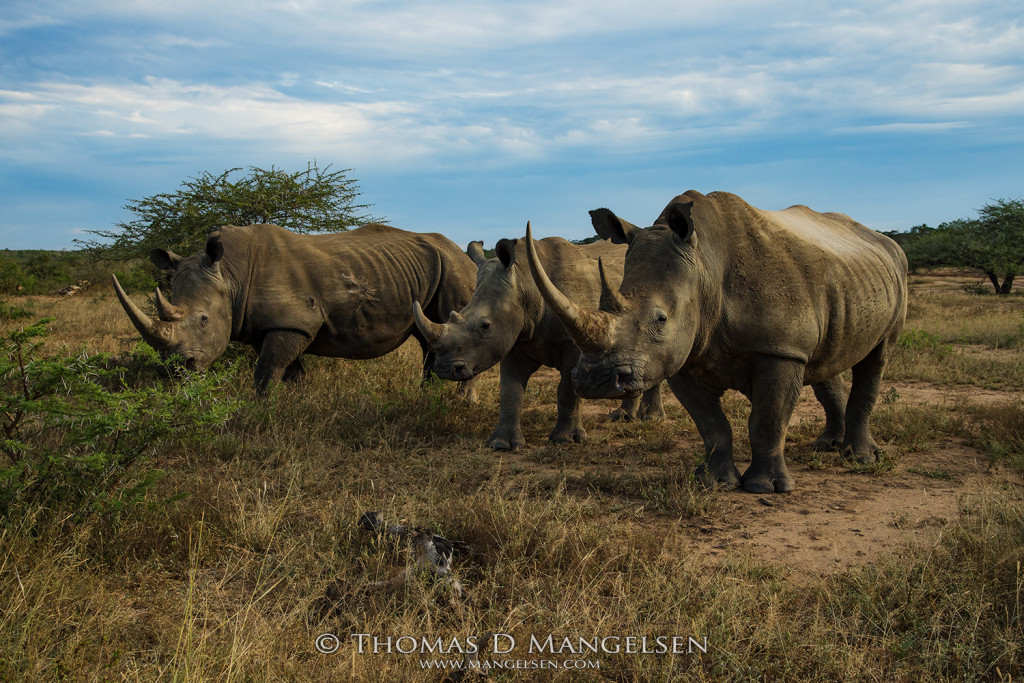 According to Saving the Wild sources, ‘Mr Big’ used to send his rhino poaching gangs predominantly to the Kruger National Park, but since 2017 he has been expanding operations into Zululand, especially the flagship Hluhluwe Imfolozi Game Reserve.

It is believed that he rents out vehicles and rifles to prospective poachers wishing to hunt rhino. He sends his own teams with those poachers to ensure his investment. The poachers then sell the horns to Mr Big when they return the vehicles and firearms.

Mabuza also acts as a middleman by purchasing rhino horn from other poachers. He then supplies the horns to Chinese buyers in his network.

Saving the Wild congratulates all involved in this groundbreaking joint operation, including Counter Intelligence, the Special Task Force, the SAPS Forensic Science Laboratory and SANParks.

Says Jamie Joseph, Director of Saving the Wild, “The battle for justice begins now. An astute business man like Petros Mabuza does not yield such power without help from allies in high places. Saving the Wild will be monitoring the proceedings, as we have done in the case of the alleged rhino poaching kingpin of Zululand, Dumisani Gwala, with that trial expected to finally start in the coming weeks after a slew of more than 20 delays.”

In October 2017, Jamie Joseph published the ‘Blood Rhino Blacklist’ expose, an alleged Zululand syndicate of magistrates and prosecutors who had for years, allegedly taken bribes on rhino poaching cases.

In April 2018, Deputy Minister of Justice, John Jeffery, confirmed an investigation into Regional Court President of the KwaZulu Natal province, Mr Eric Nzimande, and magistrates under his command whom Saving the Wild had investigated and accused of defeating the ends of justice.

For regular updates in this monumental breakthrough in the rhino crisis, and all high level rhino poaching cases, follow Saving the Wild on Facebook and Twitter. #BloodRhinoBlacklist #JusticeForRhinos

WHITE RIVER – According to the Hawks, the man known as “Mr Big” is at the centre of rhino poaching in the Kruger National Park. Petrus Sydney Mabuza (49) has been compared to the likes of alleged poaching kingpin Joe Nyalungu, who has been on trial since 2011. Mr Big gained even more notoriety yesterday when one of his supporters threatened with gun violence during his bail application in the White River Magistrate’s Court.
“Security guards overheard someone in the gallery indicating that he was about to shoot someone. They made alarm and the courtroom was evacuated. Once the police’s tactical response team cleared the area, the case resumed,” a source close to the investigation said yesterday. The source speculated that the intended victim of the shooting would probably have been someone involved in the case against Mr Big.

“He is the crucial point of receiving and distributing rhino horn,” testified Col Johan Jooste on Wednesday. The courtroom was packed with more than 100 of Mabuza’s supporters. They listened intently as Jooste described the steps leading to one of the most monumental arrests in South Africa’s war on poaching.

He placed on record that Mabuza’s involvement in rhino poaching activities was first suspected in 2005. Since then, the name “Mr Big” would pop up during many a police investigation.

In 2017 Lowvelder reported that a discarded coolbox containing rhino horns was found outside a Hazyview residence. No arrests were made at the time, but the coolbox case became one of many threads leading the Hawks to Mabuza’s doorstep.

“Mr Big” sat next to three others. They were his co-accused Nozwelo Mahumane, Moshe Thobela and Romance Khoza.

Apart from stating that they were co-accused in this case, senior state advocate Vernon Nemaorani did not say much about them.

The focus was on Mabuza, who periodically shook his head. Through his legal representative, he denied having committed any crime and indicated his intention to plead not guilty to the six charges levelled at him.
Jooste testified that intelligence involving Mabuza has always been widespread.

Nemaorani pressed Jooste on how the arrest came about.

“Information was reported to our office by a private person with access to informers. The man identified ‘Mr Big’ as a rhino horn buyer from Hazyview,” Jooste stated. According to his source, Mabuza could not resist the opportunity to get his hands on horns with a black market street value of R120 000 per kilogram.

The Directory of Priority Crimes Investigation (DPCI, also known as the Hawks) obtained a warrant authorising an undercover operation aimed at exposing Mabuza.

Informants and undercover policemen contacted “Mr Big”, who was willing to trade. “A total of R280 000 was received,” recalled Jooste.

Although Mabuza paid only R280 000, a statement from SANParks’ Environmental Crime Investigations Unit indicated its value was R900 000.
The horns were placed in a white BMW, allegedly driven by Thobela. The car’s details were passed on to members of the N4 Highway Patrol who pulled the vehicle off between Middelburg and eMalahleni. Meanwhile, warrants authorised the Hawks to search his two Hazyview homes and Jooste made his way to Mr Big’s house in Elawini Lifestyle Estate in Mbombela.

“I was joined by other members and we gained permission to search his vehicle. Three nine-millimetre rounds and a bundle of South African identity documents and SASSA cards were found,” Jooste recorded.
All in all, the searches at the various premises produced a high-calibre hunting rifle, a rifle with a filed off serial number, a silencer and bank cards.

According to Jooste, Mabuza is a high-ranking player in the poaching syndicate. “He is a typical level-three operator with total control of his operations and how they are conducted,” he said. He explained that Mabuza used lower-placed individuals to kill rhinos, remove their horns and transport them to him without being detected.

Outside the courtroom, a source close to the investigation speculated that “Mr Big” may be behind up to 70 per cent of poaching in the Kruger.
The bail hearing was postponed to July 3.
Source: Lowvelder. 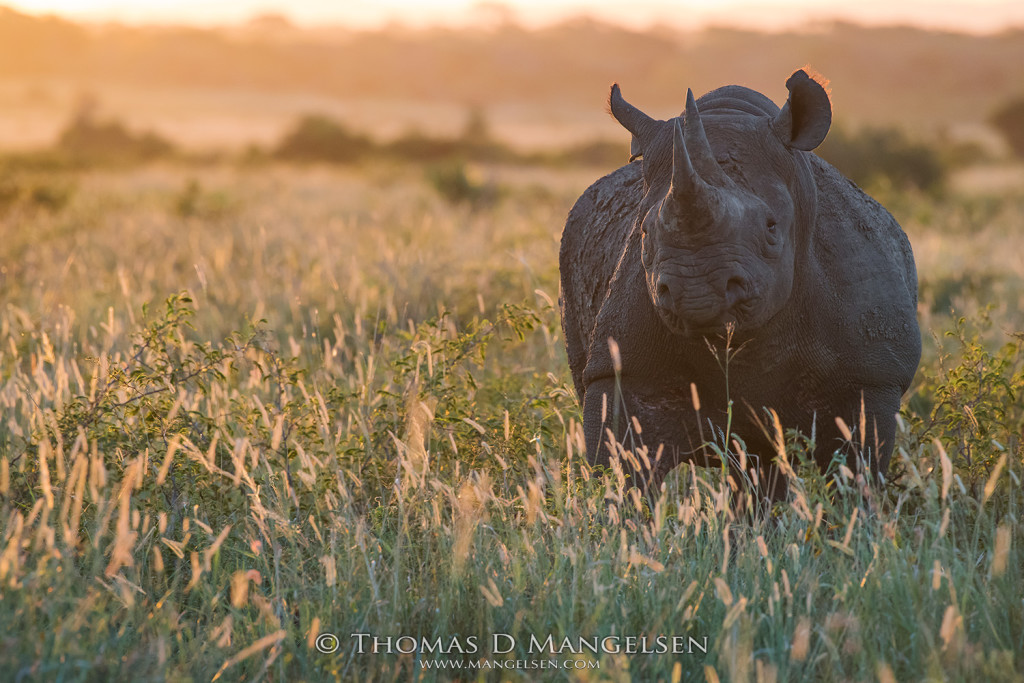 I have never been so proud of our team as I am in this turning point, with a huge shout out to JP Roux, Head of Investigations for Saving the Wild. JP played a critical role in the arrest of Mabuza, and in this decade long war he has been targeted again and again for pursuing high level criminals and exposing #corruption, and yet he fights on.

We must tip our hats now to Colonel Johan Jooste of the Hawks Police, who led the operation, and put forward a rock solid testimony, and to the state for putting up one helluva fight since the 12 June arrest.

And lastly, we acknowledge the right and courageous decision of the magistrate, who was not swayed by intimidation nor anything otherwise.
In October 2017, Saving the Wild published the ‘Blood Rhino Blacklist’, an alleged #Zululand syndicate of magistrates and prosecutors who had for years “allegedly” been taking bribes on rhino poaching cases. In April of this year a Magistrates and Police investigation was confirmed by Deputy Minister of #Justice John Jeffery after we launched our #JusticeForRhinos campaign with support from the likes of Dr. Jane Goodall, Thomas Mangelsen, Helen Clark, Vusi Mahlasela and other global icons. Time is nearly up for the crooked “justice” officials, and we are now at the turning point between #extinction of our precious #rhinos and a #revolution.

Today, we celebrate. This is a huge victory for rhinos, and for all the good people out there.. from the caretakers and the vets and all the boots on the ground, to the men and women in the courtrooms who demand justice against all odds, and everything in between, we salute you.

Today, we stand as one.

“No amount of money could equate the freedom of the rhinos that get killed everyday,”
-Senior state advocate Vernon Nemaroani