Death & Honour: The brutal poetry of the wild

In honour of Tafadzwa Gosho, who died on 31 August, in the line of duty.

“7 seconds…20 seconds…9 seconds…” I called out loudly every time I felt the warm breath of the tranquilized rhino against the palm of my hand. The time: 9:30am, the date: 3 September 2015. The mission: Keep him tranquilised in the small boma enclosure while we work around him and break down the connecting wall so that the current boma he is contained in becomes merged with the other small boma beside it. Even with the wall knocked down, it still feels like a prison. A month ago we would have just taken him for a walk and fed him some cubes. But he is now considered a risk to human safety, even though he shows no signs of aggression.
Seventy two hours earlier this same rhino killed Tafadzwa Gosho, one of Imire’s beloved rhino scouts, a man that had watched over him for most of his life.
Why? Why would he suddenly turn on a man that has walked in his shadow for days on end, shared countless blazing sunsets, fed him and protected him? Was it an accident? We will never know. How does it make me feel to be under the breath of a killer?

Photo credit: Saving the Wild
Honestly, the sadness is overwhelming. Tafadzwa was a great man that believed in the power of education to empower the next generation of conservationists, and he leaves behind a wife and two small children. It’s a tragedy, but I feel no animosity towards this rhino. How can I blame a wild animal for being wild? At the age of eight, this rhino that has only ever been known as a gentle loving animal, suddenly reached sexual maturity, but with no suitable rhino to mate with, he became restless, and in a moment of mad frustration, he knocked down his human companion, and it was fatal.
I now spend half my life in the bush, and I am well aware of my mortality, of the risks I take, the life and death situations I have already faced, and the ones that are yet to come. Maybe I will make it. Maybe I won’t. But this is the path I have chosen, and there is no greater reminder of what that really means, than when a fellow bush soul falls to their death. Still, there is no place I’d rather be than in the wild. As much as it could become the death of me, I’ve never felt more alive than when I am under the spell of nature. 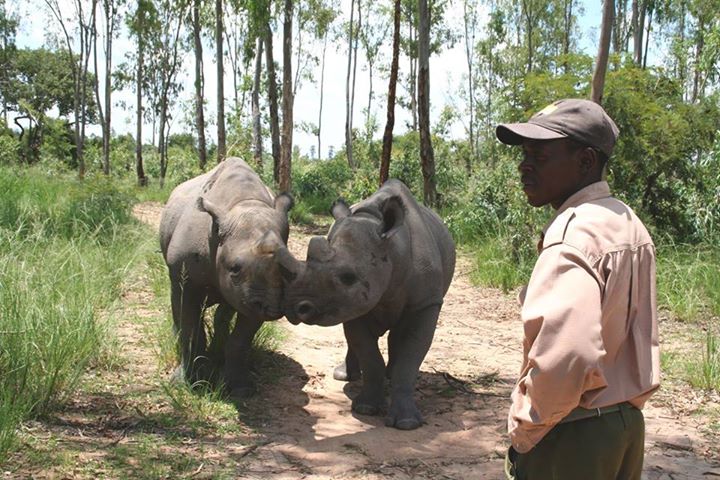 Photo: Tafadzwa Gosho, who died on 31 August, in the line of duty
I am sad for the loss of a courageous man who died in the line of duty, but I am also sad for the rhino that killed him. He is marked forever. This one moment of madness means he is now considered a risk in his current 10 000 acre habitat. This otherwise placid animal that loves kisses and mulberry treats from his human foster mum will now have to leave the only home he has ever known. The search is on for a new home, perhaps a new country, perhaps somewhere vast and untamed where there is enough space for him to find a breeding partner, but I cannot imagine him ever being as happy as he was with his family in Imire. Right now he is mildly sedated and will stay in a small boma while we await news, hoping, praying, that wherever he ends up he will not die under the gun of poachers. There are so few options.
In the two decades that the Imire rhino breeding programme has been running, it has never suffered the death of a rhino scout, until now. But no one is putting away their boots. They have grieved. They have buried their brother. But they have now returned to their calling. This is the brutal poetry of the wild.

“As hard as it is to move forward, to keep fighting, to keep protecting, that is what Tafadza would want for us. He loved those rhinos, and he was one of the best scouts we have ever had. We have lost a brother in the line of duty, but we are a family, and we will move forward as a family.” -Reilly Travers addresses his men at the memorial service 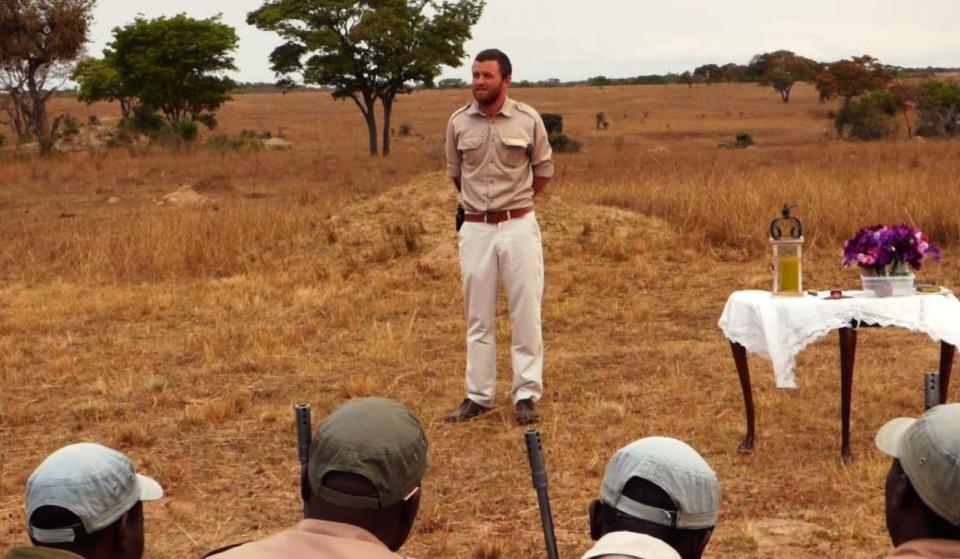 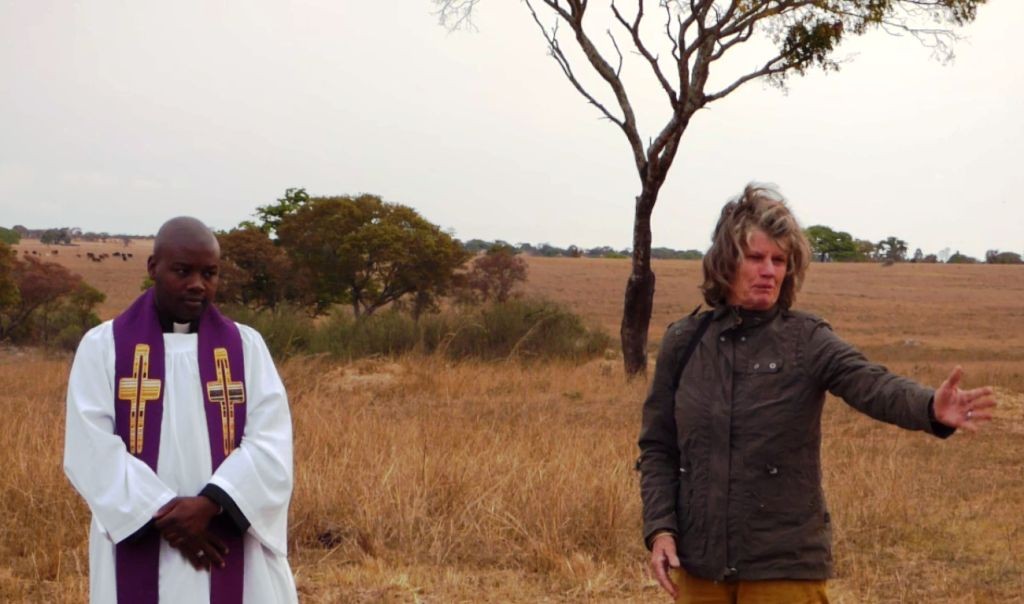 Photo: “For most of us here at Imire, this is our church. This is where we talk to God. And we ask for his blessing.” -Judy Travers