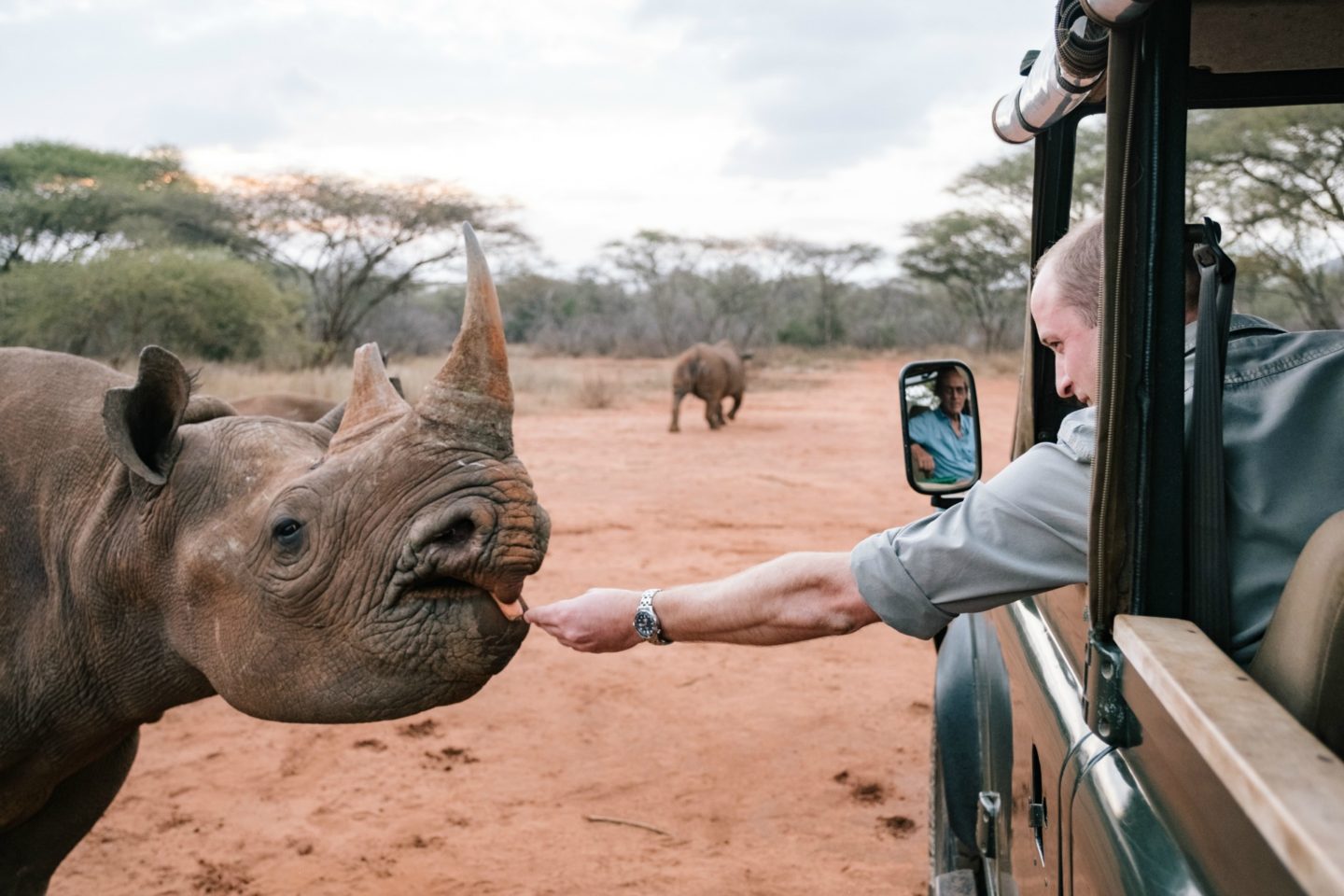 Prince William unites to save the last of the rhinos

“Last year Saving the Wild began working with Prince William, The Duke of Cambridge’s United for Wildlife Taskforces, specifically on overcoming the horrific challenges South Africa’s rhinos are facing. We are grateful that they have just released this statement, which will send a clear message to the world that rhinos are in big trouble!”
-Jamie Joseph | Director of Saving the Wild

“The latest figures in the SA National Parks annual report show a saddening decline of 70% of the world’s largest rhino population (Kruger) over the last 10 years. The demand for rhino horn, facilitated by the illegal wildlife trade (IWT), will have played a significant part in this.

Last week United for Wildlife brought together its Transport and Financial Taskforces in the Southern Africa region with government and NGO’s to discuss solutions around this issue, form partnerships and highlight the impact the private sector can have when combatting IWT.”
– United for Wildlife