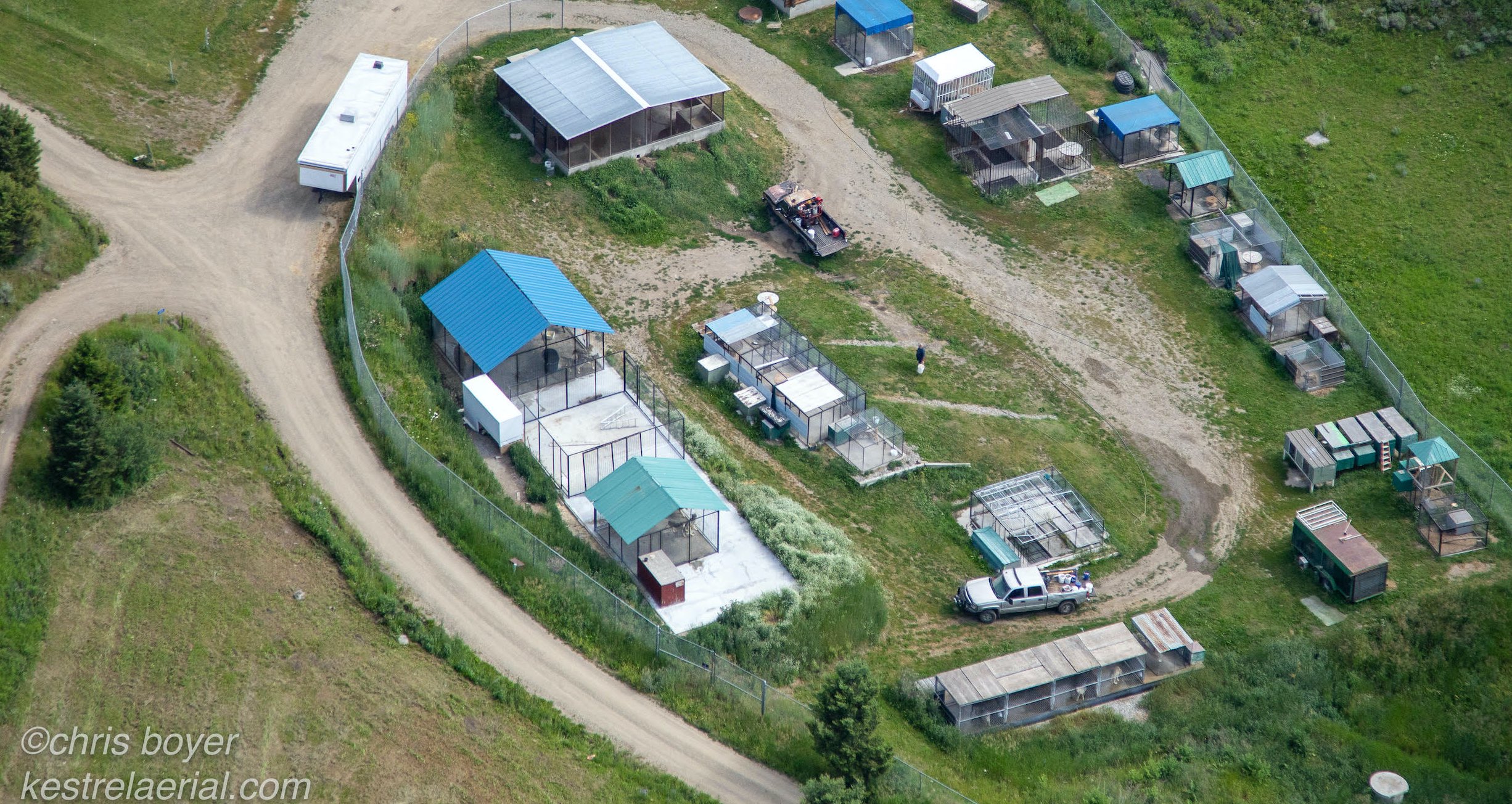 Will the Montana Supreme Court finally shut down Animals of Montana?

On October 13th I published a scathing article about British photographer David Yarrow’s choice in working with Animals of Montana; suppliers of exotic animals used in staged photography. Their current court case, involving 22 violations, is under review in The Montana Supreme Court.

After evaluating the story I wrote, David immediately cut the cord with the wildlife casting agency, and our discussions that followed has spurred on noteworthy changes in the way he does business. It can takes years to change laws, but to lead by example is an action that has the power to influence an industry with immediate effect. I was delighted to see that David has included his new directive on staged photography in the gallery publications launching his Wild West series this month, with sentiments reflected in the quote below.

“We recently completed an assignment where rather than using a captive wolf on set, we used the Tamaskan dog breed, which aesthetically looks very similar to wolves,” says David Yarrow. “The project was a success – in part because the dogs were easier to instruct and work with. This has reinforced my team’s belief that it is not only ethically preferable to not use captive wolves, it is more practical too.

Some wild animals in captivity are looked after with the highest of standards, but removing ourselves from the equation removes the need to conduct the necessary due diligence on each project – something we and most outsiders are ill equipped to do.

I don’t feel the laws in America are protecting captive wild animals enough, and neither are they protecting the film makers who rely on these laws as an assurance of supplier work ethic.”

With immediate effect, Saving the Wild has turned our attention to the Montana Supreme Court currently reviewing the case of Animals of Montana. The case has already dragged out through five years of delay tactics, and we are advocating that Animals of Montana lose their license, indefinitely, and they are not given any opportunity to re-home these vulnerable animals.

We are calling on our allies to build momentum that will bring justice for these animals, and better days for the rest of their lives. And, at best, this case will set precedent for future cases.

Their sordid history of recorded animal abuse stretches as far back as 2004 when Troy Hyde, owner of Animals of Montana, was convicted of illegally trafficking tigers and grizzly bears. And yet 16 years later, and enough violations to make minds boggle, they continue to own and command a grizzly bear, black bears, coyotes, gray wolves, bobcats, lynxes, a Siberian lynx, a badger, red foxes, a pine marten, porcupines, fishers and a black leopard.

A brief history of Animals of Montana (AOM):

A decision by Montana Fish, Wildlife & Parks to revoke the license of Animals of Montana, Inc. was affirmed in the District Court of Lewis and Clark County earlier this month.

Animals of Montana is considered a roadside menagerie, and before its permit was revoked, the company provided animals for filmmaking and photo shoots. The company owns a grizzly bear, black bears, coyotes, gray wolves, bobcats, lynxes, a Siberian lynx, a badger, red foxes, a pine marten, porcupines, fishers and a black leopard.

It is the responsibility of FWP to license these types of facilities and businesses. In 2015, FWP inspected the Animals of Montana facility and found numerous violations, which resulted in the department filing a “notice of revocation, imposition of penalties and opportunity for hearing.”

This case has been in process since then. After an administrative hearing last year, FWP Director Martha Williams decided to revoke the license. Animals of Montana filed a petition for judicial review in district court and the court supported Director Williams’ decision.

Additionally Montana Fish, Wildlife & Parks has documented numerous issues over the years at AOM including several escapes, injuries to humans from the animals, and the death of an employee mauled by a black bear while cleaning the enclosure, which resulted in two bears being shot.

Present day:
AOM appealed the revocation of their license to the district court. The district court affirmed the revocation of the license. AOM then filed an appeal with the Montana Supreme Court. AOM had a deadline of November 9th to file their written argument. FWP was given an opportunity to respond in writing. The Montana Supreme Court will review and can make a written decision, or it could be determined that an actual hearing needs to take place.

Even while Troy Hyde’s license hangs by a very thin thread, he has continued to sell babies for profit throughout this year, including wolf puppies, cougar cubs and lynx kittens.

How it works with these roadside menageries is they make a quick buck with photographers taking pictures of the babies, and when they get too old to be cute they are either sold off quickly, or they are otherwise disposed. Below is a cougar cub promoted on Animals of Montana instagram page in October 2019, and then a few months later for sale by Troy Hyde on an exotic animals trading website.

We’ve done some investigations into who Hyde sells his animals to, and it’s terrifying. A recent sale of a baby mountain lion went to a wealthy couple in Florida who appear to treat their animal purchases like fashion accessories. Worse, they are breeding.

In 2018 Hyde sold wolves, all female and one years old, to Animal Haven Zoo in Wisconsin. Reading the reviews on TripAdvisor paints a distorted picture with comments that include, “I don’t know if I am more angry or more heartbroken. The enclosures are completely unacceptable. It is absolute cruelty.” Another visitor disagreed and wrote in the TripAdvisor reviews, “This zoo is 100% donation funded and they take old animals, or animals with no where to go.”

Well if they stop buying young, wild animals from the likes of Troy Hyde they won’t have to use their donations to feed them. Frankly, a lot of the time visitors to these vile places pretend to be ignorant because they want to pet exotic animals without any consideration for their welfare. And the laws are fuelling the trade.

All of these menageries selling wild animals to each other have one thing on their mind: making money off the back of enslaved animals. They are not sanctuaries, they are prisons, with humans chipping away at their souls with every click of their camera.

Timeline of Animals of Montana/Troy Hyde abuses, violations and convictions

Troy Hyde, owner of Animals of Montana, convicted of illegally trafficking tigers and grizzly bears in violation of the Endangered Species Act and the Lacey Act.

According to documents I obtained from Montana Fish, Wildlife and Parks, Animals of Montana—a game farm near Bozeman at least as popular as Triple D—euthanized eight wolves in 2007 because they were “dangerous.” In other words, their behaviour was too wolflike. The spring 2009 issue of Currents, NANPA’s newsletter, quotes a photographer who requested anonymity as saying this about her first and last visit to Animals of Montana: “The owner took out a mountain lion, but the lion didn’t want to come. There was kicking and dragging and yelling.”

I definitely needed to see Animals of Montana’s famous grizzlies, which “love to perform [and] will amaze you by running towards the camera, standing on command, snarling viciously or posing cute.”  But when I tried to book a session, Tracy Krueger, companion and business partner of owner Troy Hyde, said she was “excited” to report that the operation was “switching hands.” This, I learned from court documents, was because Hyde had filed false information with the feds and had been convicted of illegal wildlife trafficking in violation of the Endangered Species Act and the Lacey Act.

On April 27, 2008, shortly after the USDA moved to terminate Hyde’s exhibitor’s license, Krueger applied for a license. The USDA saw it as a ruse—i.e., “an attempt to circumvent the impending termination”—and rejected the application. On June 6, 2008, Hyde’s lawyer applied for a license. The USDA saw that as another ruse, noting that to obtain a license any new operator would have to purchase animals and property.

Animals of Montana employee Benjamin Cloutier was fatally attacked by a grizzly bear while cleaning the animal’s enclosure. The bear was shot at the scene, and Cloutier’s death was later recognized as preventable by the U.S. Occupational Safety & Health Administration. Troy Hyde then ordered to kill two of his bears after this.

Article reveals that Troy Hyde/Animals of Montana, set up wolves and a bear to fight over a carcass for paying photographers: What happens when “wildlife photography” is faked…

As it stands today, Animals of Montana appealed to the Supreme Court and they are currently reviewing the case. This, we hope, is the end of the delay tactics, and the end to all suffering. Will the next few weeks be a triumph for these wild animals enslaved to tiny cages and awful living conditions, or will it be another travesty of justice?

We all can, and we must do more.

“Animals of Montana’s sordid history of recorded animal abuse stretches as far back as 2004 when Troy Hyde, owner of Animals of Montana, was convicted of illegally trafficking tigers and grizzly bears. And yet 16 years later, and enough violations to make minds boggle, they continue to own and command a grizzly bear, black bears, coyotes, gray wolves, bobcats, lynxes, a Siberian lynx, a badger, red foxes, a pine marten, porcupines, fishers and a black leopard.”
-Jamie Joseph, Saving the Wild | #ShutDownAnimalsOfMontana