Out today in Zululand Observer, by Orrin Singh
The case against alleged rhino poaching kingpin Dumisani Gwala and his co accused has been postponed to the 12th of December to allow Gwala to secure legal representation. The air was thick with tension as a heavy police contingency kept a watchful eye on proceedings both in and outside the Mtubatuba Regional Court where Gwala together with his co accused Wiseman Mageba and Aubrey Dlamini, appeared on Thursday. 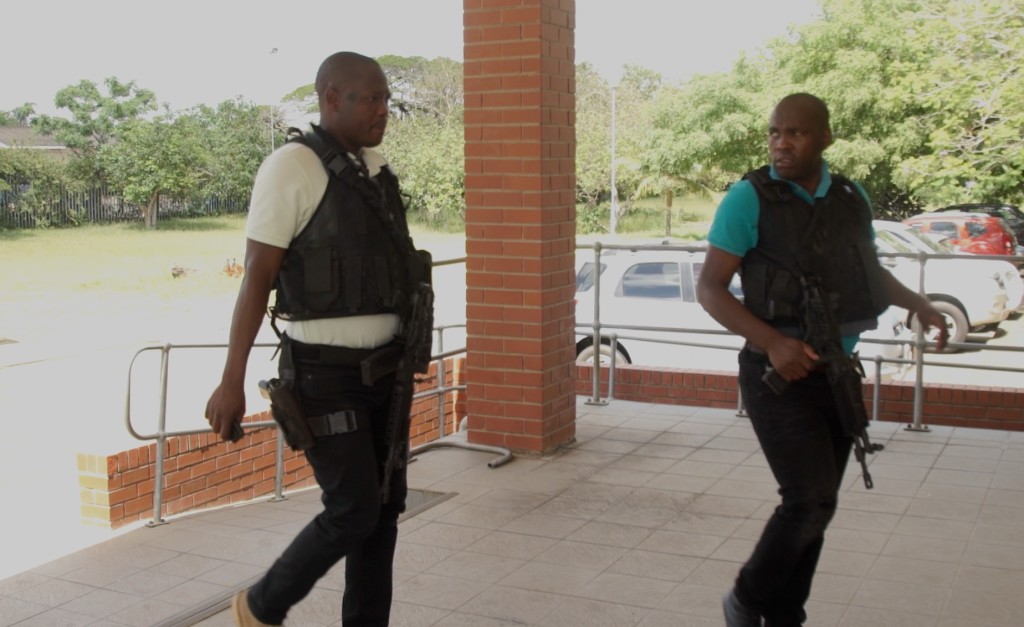 Police presence at Mtubatuba court with death threats on the rise as delay tactics wear out.
Confusion seemed to be the order of the day when proceedings began, as the state raised an issue regarding the admission of Gwala’s advocate. Retired advocate, Marianna Nicholson, of Mpumalanga – who the ZO understands has been introduced to the case by Gwala’s previous attorney and pre-trial in June as the advocate who would represent Gwala pro bono – was grilled after the state informed the court that she was not enrolled as an advocate and therefore had no right to appear on behalf of Gwala.

“I said to Mr Gwala I will come down and see what we can do – I have a soft heart.”
-Marianna Nicholson

This infuriated Magistrate Zungu who told Nicholson that she does not want to know about her heart, to which Nicholson replied: “I will not leave him alone.”

Following a short conferral Magistrate Zungu said she had no choice but to grant a postponement in relation to a technicality that Nicholson had no credentials and could not appear. 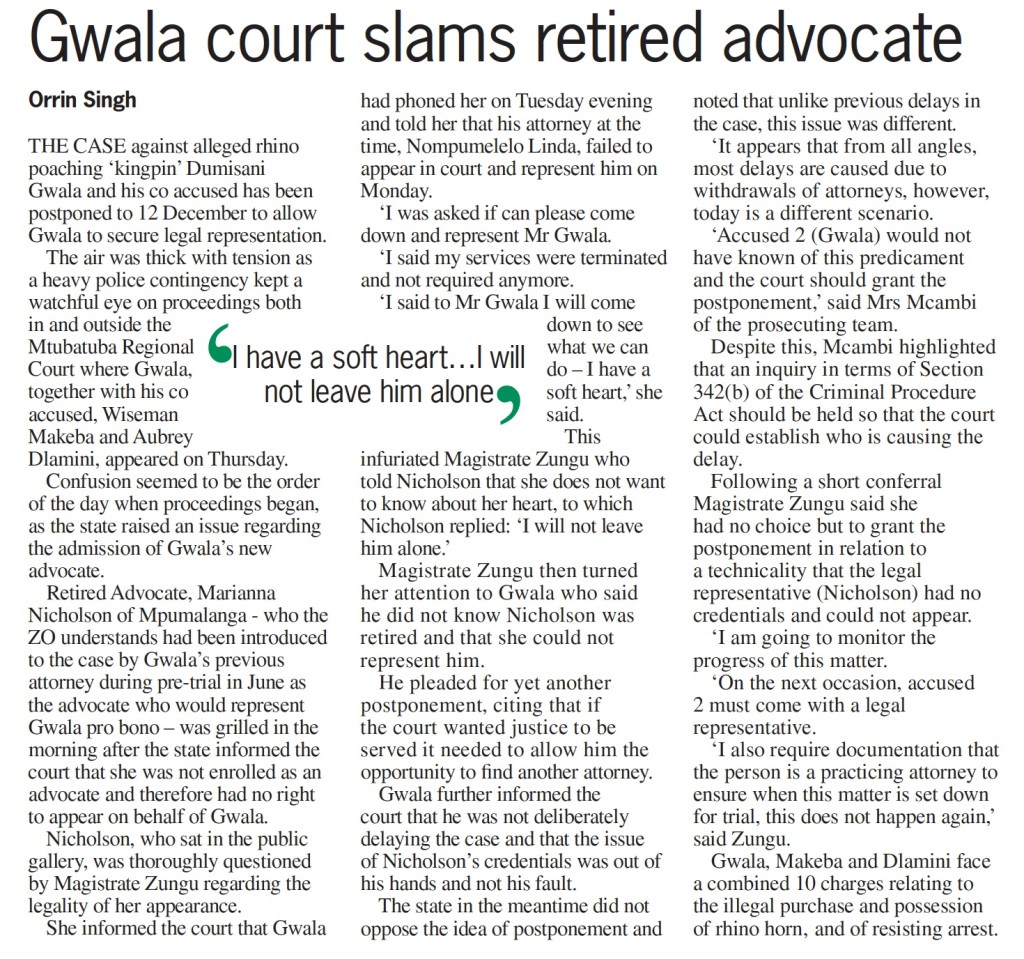 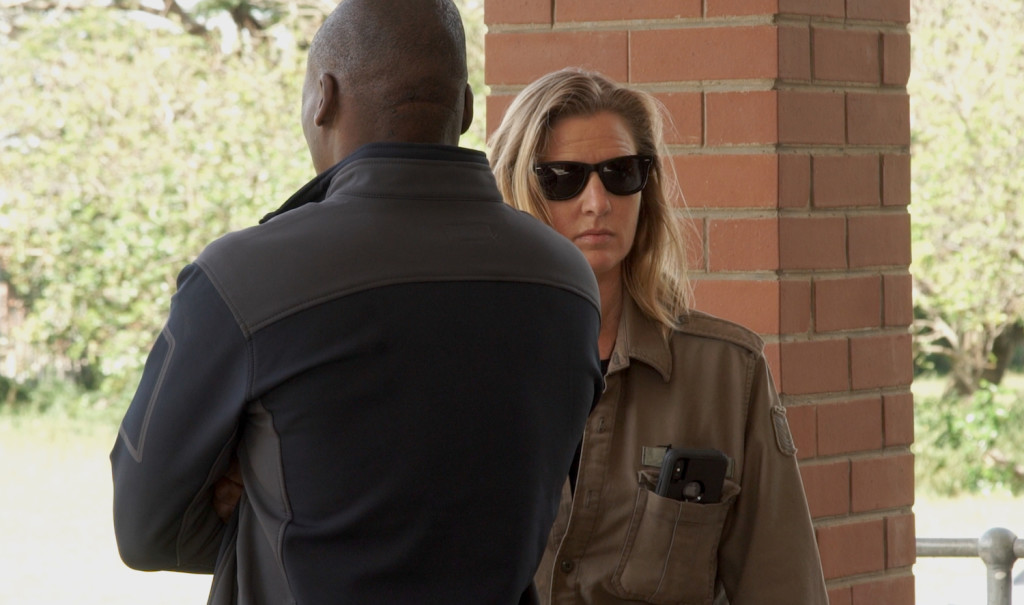 “Shortly after Nicholson was dismissed from Court, she was served with a harassment order by the police on behalf of Saving The Wild. The harassment and slander on social media and threats per email has been ongoing by Nicholson for a period of one year, and is a malicious attack on some of the bravest men who have selflessly risked it all in this war on poaching. Threats against our heroes will not be tolerated. Nicholson – a self proclaimed conservationist – was not working alone, and there is a puppet master who has been identified. We appreciate the police for acting swiftly in this regard.”
-Jamie Joseph, Director of Saving the Wild 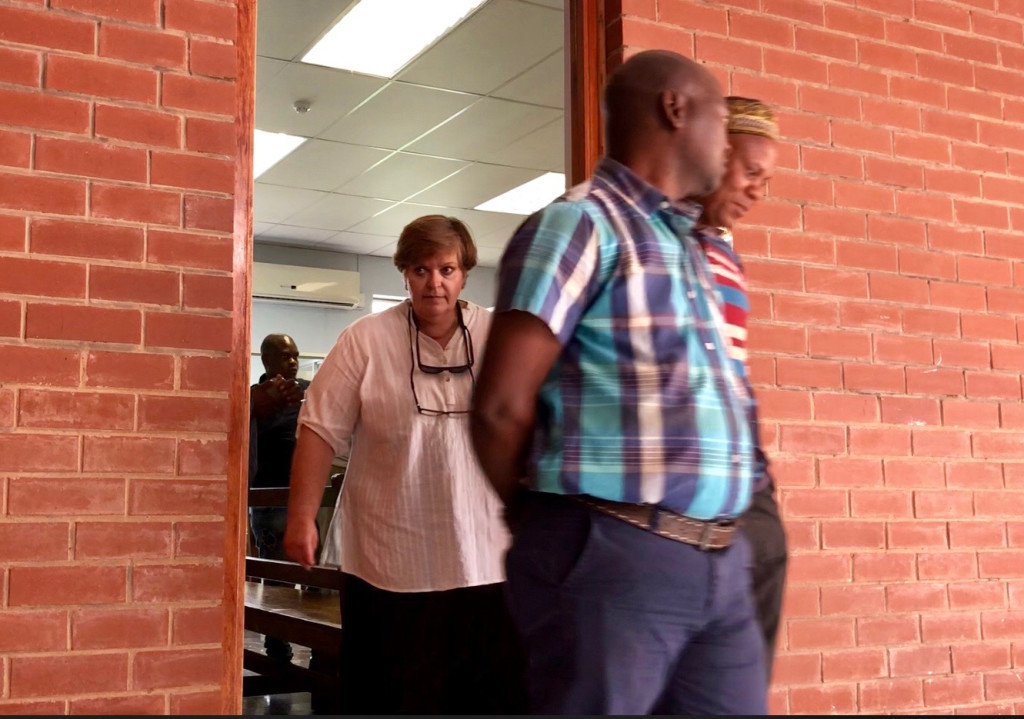 PHOTO ABOVE: Dumisani Gwala leaves the court smiling smugly after Marianna Nicholson was dismissed from court following the discovery that Nicholson was impersonating an advocate and could not represent Gwala. Trial was once again delayed by many months due to yet another bizarre delay tactic.