Stand up to the poaching crisis and march against corruption

By Jamie Joseph – a Virgin Unite exclusive.
Since the start of this year I have been working full time on Africa’s poaching crisis, circling with a bird’s eye view, while interviewing the world’s thought leaders, each interview solving another piece of the puzzle in this battlefield of poverty and greed, supply and demand.
Global syndicates armed with the latest technology, helicopters, guns, poisoned arrows and axes, are butchering our elephants to death every 15 minutes, and our rhinos every 9 hours. And for what? Ivory trinkets and hocus-pocus rhino horn medicine…we have to stop this madness! We’re heading towards the sixth extinction, and if we cannot save the big things, if we cannot save our iconic species, then how are we ever going to save the small things?
There is an urgent need for global citizens across the world to stand united this weekend and join the Global March for Elephants and Rhinos taking place in more than 130 cities worldwide. The greatest superpower in the world is public opinion, and the greatest threat to wildlife is the belief that someone else will save it.
Last week I returned to my African homeland to join the frontline of the crisis and write ‘stories from the trenches’. I touched down at 5am at Johannesburg airport, caught the 10am flight to Skukuza, Kruger National Park, crossed over into Mozambique, and managed to keep my eyes open just long enough for the Milky Way to paint the sky with a glittering haul of stars.
At first light the ranger hosting me got word that a nearby private game park had just apprehended some poachers, fortunately before any kill had taken place. When we arrived on the scene three barefoot, dishevelled young men were sitting on the grass waiting to be transported to Maputo prison, their heads hung in shame while the elders from the local community berated them for dishonouring their families.
It may be difficult for some people to understand that I felt a pang of sympathy for these disgraced sons – unlike the disgust I feel for the African ringleaders that recruit them, and the Asian King Pins that continue to exploit them so that they can feed their insatiable greed for money gained through the sale of ivory and rhino horn on the black market. But addressing the poverty link to the poaching crisis and creating sustainable livelihoods for Africans living near wildlife is an important element in turning the tide on this vile illegal trade.
This is not an unsolved mystery of “who done it”, and with the required political will, we CAN win the war on poaching. It is no secret that many corrupt law enforcement officials across Africa and Asia continue to allow known criminals to roam free, while they line their pockets with bribes, complicit in the slaughter of our natural heritage. 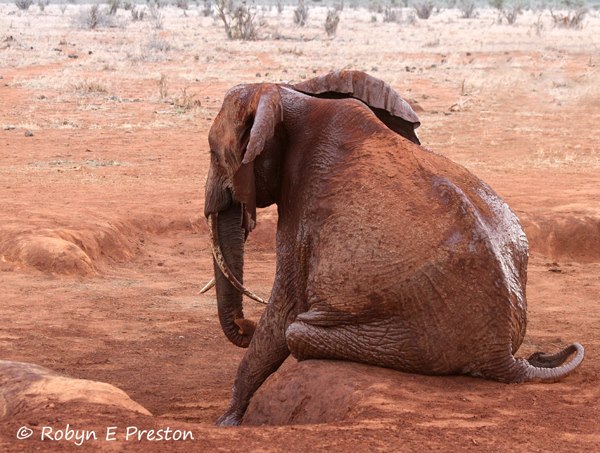 If under any other scenario, armed units were to cross international borders and violently take out high profile targets, it would be an act of terrorism. Yet this environmental terrorism happens daily in the poaching of high target species. The vast majority of our wildlife rangers are underequipped and undertrained, risking their lives and running around in rags, while much of the equipment desperately needed to protect what little wildlife we have left is collecting dust in military warehouses.
Global March organisers will deliver, across six continents, a Memoranda of Demand to key government officials based at the Foreign Offices of the “Gang of 19″. These are the countries considered to be the most complicit in driving the illegal wildlife trade, specifically where ivory and rhino horn are concerned. The “Gang of 19″ are: Angola, Cambodia, Cameroon, China, Republic of Congo, Democratic Republic of Congo, Egypt, Ethiopia, Gabon, Kenya, Lao People’s Republic, Malaysia, Mozambique, Nigeria, Philippines, Tanzania, Thailand, Uganda and Vietnam.
Like Dr Jane Goodall put it so fittingly when we met up a couple months ago to discuss the crisis, “There is that saying, we haven’t inherited the planet from our parents; we borrowed it from our children. But borrow means you plan to pay back, and we’ve been stealing.”
It is up to every one of us to be a driving force for change. We can and we must do more. March for justice on the 4th of October – march to save our elephants and rhinos from extinction.

Messages of support from around the world…
“The senseless slaughter of elephants and rhinos serves no purpose but to feed the greed of a criminal few. Let’s stop the poaching and end the trade for good.” -Sir Richard Branson
‘It deeply saddens me to think of how some of our fellow species on this planet are being treated. They are butchered and used for senseless means. We all equally deserve to live in harmony and it’s up to those with a voice to shout loudly enough, to make up for those that don’t. Please join us. If we can’t save these magnificent creatures, then we will never save our humanity!’ -Sam Branson
“The Global March is an opportunity for people to express their anger and concern for the massive slaughter of elephants and rhinos, and the horrendous cruelty they endure. We hope that many of you will join us and march for the elephants and rhinos. Let your voice be heard.” -Dame Jane Goodall
“As the dominant species on this planet it is our moral duty to protect and preserve all forms of life. For species such as elephants and rhinos to be fighting for their existence due to human exploitation and interference is unacceptable and we must do everything within our power to turn this dire situation around. We are responsible for the problem and we must be held responsible for the solution. It will indeed be a very sad indictment on our species if rhinos and elephants are no more, and that day will come sooner than we think if we do not take action.” -Sir David Attenborough
“Similar to the momentum we saw back in the 1980s when the global community came together to decry the slaughter of Africa’s elephants by the tens of thousands, we are seeing once again a global awakening and outcry. I hope that outcry reaches the ears of consumers in China, Vietnam, Thailand and other countries. By saying no to ivory and rhino horn, we have the power to stop the slaughter tomorrow.” -Patrick Bergin, AWF