1 August 2015, night of the full moon, was a night the Matusadona game count volunteers will never forget. I was based at HQ with Nigel Kuhn, head of operations for the game count, the first ever for this area that borders on Zimbabwe’s Lake Kariba. The evening started with another fireball African sunset melting into the water while I watched two elephants tussle by the shoreline. The rest of the volunteers, 58 in total, had been dispersed across 11 sites throughout the valley floor, including two house boats. The game count was 24 hours, midday to midday. Around 8pm I went to bed early because I wasn’t feeling well, and then was suddenly awoken at 10pm when Henry Macilwaine, one of the MAPP anti poaching operators, woke up Nigel sleeping next door to me, when suddenly I heard, “We had an issue with nine lions closing in on Makadzipela camp, and we had to evacuate the volunteers.” 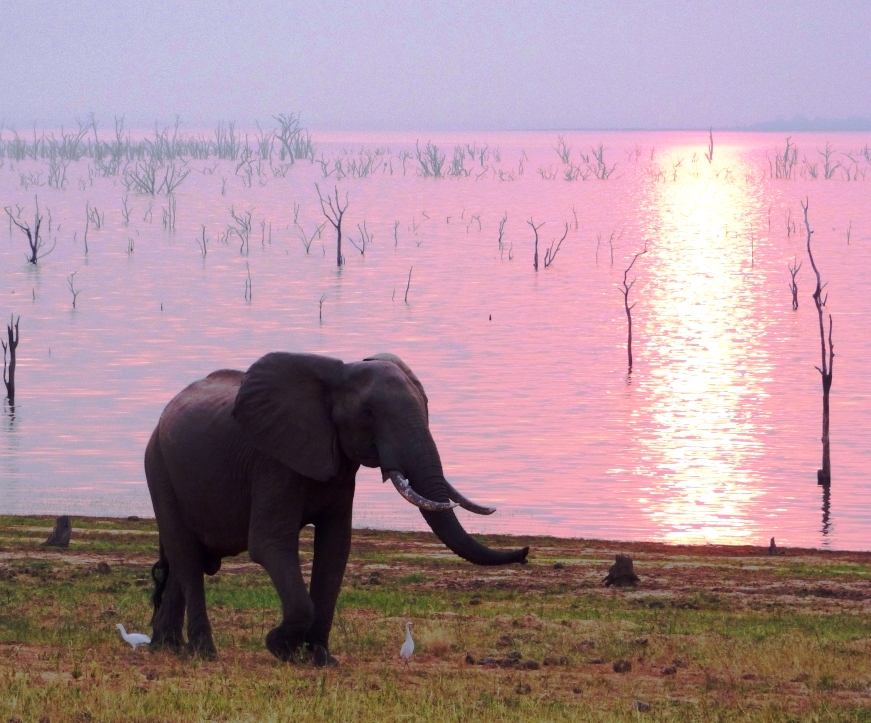 Elephant strolls by camp at sunset
I could hear everything through the tent, but every time I tried to get up I felt extremely nauseous. Before this story reaches the bush vine and spreads like wildlife, I shall use this opportunity to tell it exactly like it was. Each camp site at each static point had four volunteers with at least one armed ranger. Around dusk Henry was doing a transect, covering ground between camp sites and looking for rhino spoor, when he heard lions roaring. He drove a couple kilometres and found two lionesses with their cubs.

After 20 minutes he left and carried on with the transect. About a half hour later he returned to the volunteer camp and that’s when he saw nine lions closing in, including three large males and the lionesses and their cubs. Timothy, the on call Parks ranger, and two volunteers, were keeping warm by the fire, while two other volunteers slept in their tents behind them, nestled into the bushes. Between the shadows Henry could see three large male lions, which are known to traverse the entire valley floor, and had clearly been called in by the females. The lions were closing in on the tents. They were poised to hunt.

Henry re-positioned his vehicle and shone the blaring vehicle lights into their eyes, forcing them to move back, before quickly evacuating the volunteers. Henry and Timothy stood armed and ready positioned between the volunteers and the lions, while the volunteers jumped onto the back of the vehicle. And then they were off, leaving their tents and belongings behind.
When they got back to HQ everyone shuffled to make space for them, except me, because I was still rocking with nausea. Through the tent material I could hear the story told again and again, through every angle, comments that included, “It was a humbling experience,” said one Kariba local. And another pointed out, “It happens. We were in their territory.”
Beers were opened, boerewors cooked on the fire, and a few minutes later people were laughing and planning their return to camp site at first light. This is wild Africa. If you can’t take the heat, don’t put yourself in a position where you might get burnt. Sleep in a lodge instead of a tent, don’t volunteer for a game count. Lion attacks are very rare, but it does happen, almost always at night when the predators have the advantage because of their keen eye sight. It’s the risks we take, and so long as you’re prepared, which we were, that is all you can do. The rest is fate. 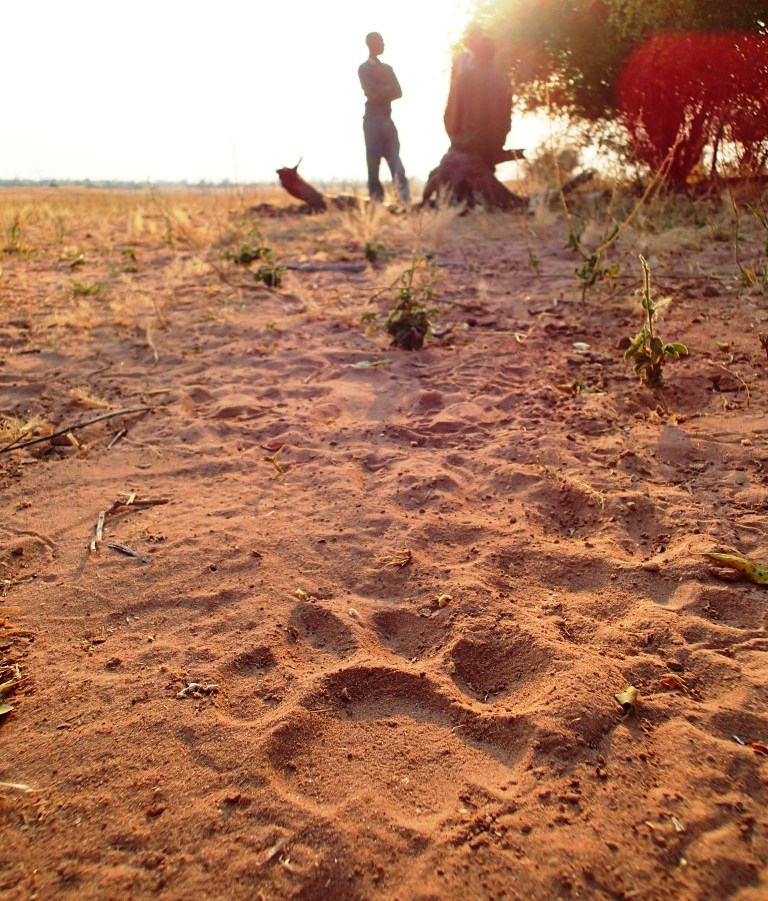 Lion spore photographed the morning after 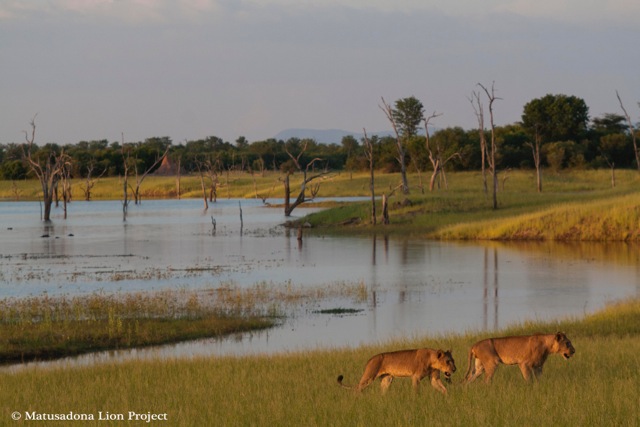 I did eventually get up around midnight, to rush off to the bathroom and throw up and splash my face. I alerted someone first and took a torch, obviously. As I took one step out of the bathroom to return to my tent, I noticed a large bull elephant with curly tusks just a few metres away, staring into the fire which had been lit earlier to provide hot water. I quietly sat down on the step and watched him for a few minutes while he appeared mesmerized by the flames, and I wondered what he was thinking. During those few minutes my sickness seemed to be suspended, and I felt truly blessed to share this glowing moment with him. And then I slipped away back to the camp site to alert the others that there were elephants in the vicinity.

I continued to vomit all through the night, unable to keep any liquids down, and eventually by 3am the two medics on call, my new friends Dylan and Des, tried to stick an IV into me, but I was too dehydrated and anemic, and they couldn’t get a vein with the canular they had in their kit. I had been travelling 36 hours by plane, another 24 hours by open vehicle with two trays of eggs on my lap and a lot of dust, and I was burnt out and exhausted. I lay on a stretcher next to the fire, with cool air on my face, while the people on lion watch stood beside me, keeping the embers burning. It was an eerie feeling knowing I was by far the weakest link in the camp, but I felt I was in good hands, and eventually, not long before sunrise, I drifted off into sleep.
The next morning I woke up with a smile on my face. I was feeling much better, and I couldn’t stop thinking about those special few minutes I had spent with that bull elephant; what would become my newest favourite campfire story. We baked bread on the fire and spoiled ourselves with real milk in our coffee. Cremora sucks!
All volunteers accounted for, plenty of stories of copious amounts of game thriving in this glorious landscape. Clear blue skies and a cool breeze, it’s another beautiful day in Africa.
Next up, I’ll be shadowing James Macilwaine, MAPP anti poaching operator, working behind the scenes to understand exactly what it takes to stop the blood flow, including confessions of a poacher that became an informer.