Now this is what I call Africa

By Jamie Joseph
Current mission: Solving poverty saves wildlife.
Assignment 1: Matusadona, Lake Kariba, Zimbabwe.
Read blog 1: Now this is what I call Africa
Read blog 2: Nine lions close in on Matusadona camp site
Read blog 3: R & R at Lake Kariba’s Rhino Safari Lodge
Read blog 4: World Lion Day: When banning hunting drives poaching
After a 36 hour journey from Auckland to Perth to Johannesburg to Harare, I landed in Zimbabwe and was immediately dispatched into Africa time. As I waited for my passport to be stamped at border control even the staff looked like they were on holiday.
“It’s an attitude test,” I reminded myself. “Be cool.”
Two hours later I was sitting in my auntie’s garden, soaking up the warm winter sun with a cold cider in my hand, pondering my first assignment which would begin at dawn as soon as we hit the road to Lake Kariba.
The last time I was in Zim was a few months ago when all the drama kicked off surrounding the sad and shocking export of baby elephants to a zoo in China. I have never commented publicly on this. But because it’s still such a big black mark on Zimbabwe, I feel I need to clear the air before we all move forward together. Saving the Wild’s focus is almost entirely on the poaching crisis, where every day 96 elephants are brutally slaughtered, and so because I am in crisis mode racing against extinction, I simply don’t have the time to lobby months on end for around 24 elephants being legally exported through CITES. I also didn’t agree with how the bulk of the community was going about it. Behind the scenes I made a few calls, and one very smart Zimbabwean woman, who had a few years earlier convinced the government to not export elephants to a Chinese zoo, raised a very good point. She said, “Why save 30 elephants when you can save them all?”
Instead of picking on Zimbabwe, just one country, I suggested to a few of the activists engaged in the fray to go after CITES instead, and lobby for a change of rules within their system, so that no wild elephants (and other sentient species) are exported to zoos, ever. I never heard back.

The other thing I didn’t agree with was when a petition came out calling for everyone to boycott Zim tourism. Do you really think the same government willing to auction off their precious wildlife to the highest bidder are that bothered with a boycott?

The people that hurt from a boycott are ordinary folk like my friends and family that are conservationists, not because it pays, but because they’re willing to put it all on the line to save one of the greatest wild places on earth. And so when tourists stop coming to Zimbabwe what they’re doing in actual fact is encouraging poachers to take aim, because a tourist presence keeps poachers away.
And when it comes to the Zimbabwean government, I personally have to draw the line. Other than the fact it’s like smashing my head against a brick wall, I’m not going to say something that will put my family in danger. They have suffered more than enough abuse and violence during the 2001 land grabs. Instead I am going to get on with doing whatever I can to contribute to the preservation of pockets of paradise on earth. And I invite you all to join me.
Right now I am deep in a paradise pocket called Matusadona, on the shores of Lake Kariba. I was invited by Nigel Kuhn, a conservationist with a blue sky dream of reclaiming paradise. Whereas all the assignments I’ve lined up between now and December are proven business models, here in Matusadona we’re starting with a blank canvas, and I’m thrilled to have the opportunity to leave my footprints along the trail. Later today 50 volunteers will arrive and be prepped on the two day game count beginning tomorrow. This will form a baseline for all future wildlife surveys in the area, and ultimately become one part of a blueprint for other parks in Zimbabwe.
The objective is two-fold;
Get a presence on the ground; both tourists and volunteers. Currently boats come in from Kariba Town and dock on the shoreline, but that doesn’t protect the animals. Nigel and his team will be introducing game drives, walking safaris and expand the one camping site to six sites.

The second part of the long term plan is community lead conservation programmes that will tackle poverty. Since 2001, ever since the controversial failed land redistribution programme which left thousands of farm workers unemployed, there has been a dramatic drop in tourism and a rise in poaching; bush meat, fish, elephants and rhino.

The good news is in 2013 Nigel and James Macilwaine started Matusadona Anti Poaching Project (MAPP), later joined by James’s brother Henry. Originally the focus was fish poaching, but when they started going onto the land they were assaulted with fresh carcasses of elephants almost every week. They now cover the lake shore, the valley floor and the escarpment – and poaching has dropped dramatically.
The reason the poaching has dropped is because of a private-public collaboration, and an MOU signed between MAPP and National Parks. MAPP is primarily funded by two lodges in the area, Changa and Spurwing, as well donations, and National Parks is funded by the government. But let’s put this in perspective. The government is supposed to cover wages, vehicles and fuel, yet their headquarters are littered with rusted vehicles in pieces and there are about a dozen rangers, whereas there should be at least 30. And so it is imperative that these rangers are supported through private enterprise. Currently they are being equipped through Tashinga Trust, which is another NGO in the area.
As I write this blog from our HQ deck, twenty metres in front two mother hippos are basking side by side, half emerged in the lake while their babies tussle and splash in the water. Last night I fell asleep to the baritone roar of lions with a dreamy smile on my lips. Five hours earlier I was 200 feet up in the air flying in a micro-light aircraft counting elephants. I must have seen at least a hundred jumbos meandering along the shoreline. And babies too, which is a good sign that the anti poaching operations are working. The animals are relaxed, and they’re no longer running away when vehicles approach because they know they’re protected. There was one elephant poached four weeks ago, but it’s very sporadic now, and MAPP and Parks can go six months without a poached elephant. With the support of the community it’s only going to get better.
In the 48 hours I’ve been here I’ve also seen kudu, impala, waterbuck, klipspringer, duiker, buffalo and prolific bird life, which is indicative of a healthy ecosystem. All around me life pulsates. Life is beautiful.
Read blog 2: Nine lions close in on Matusadona camp site 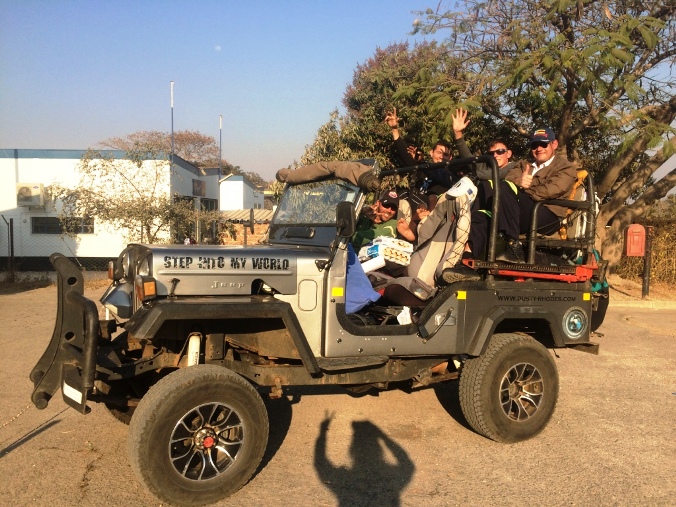 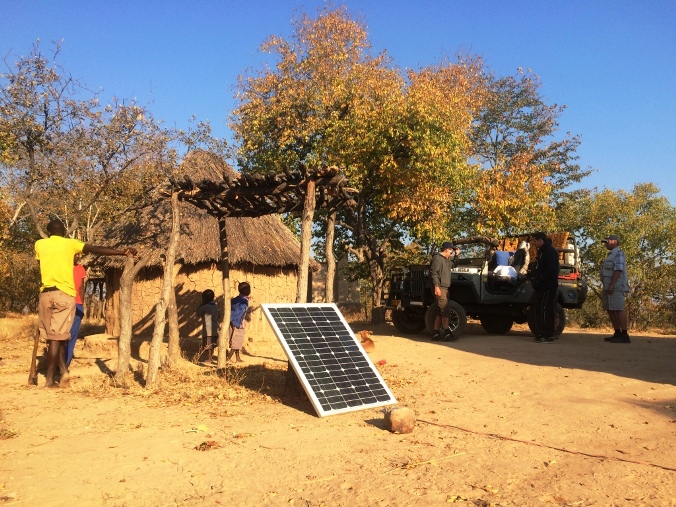 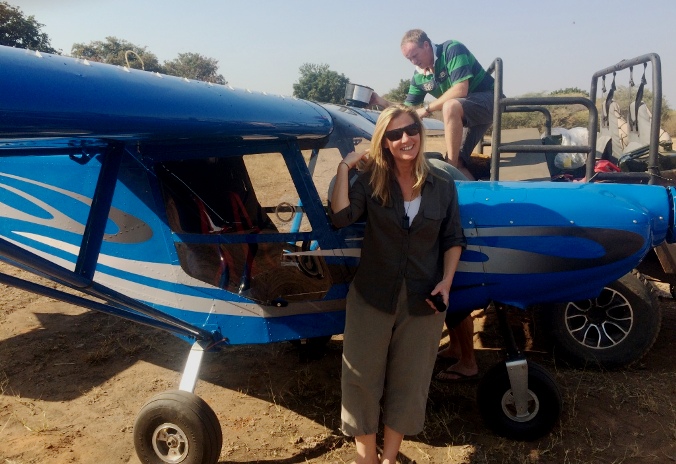 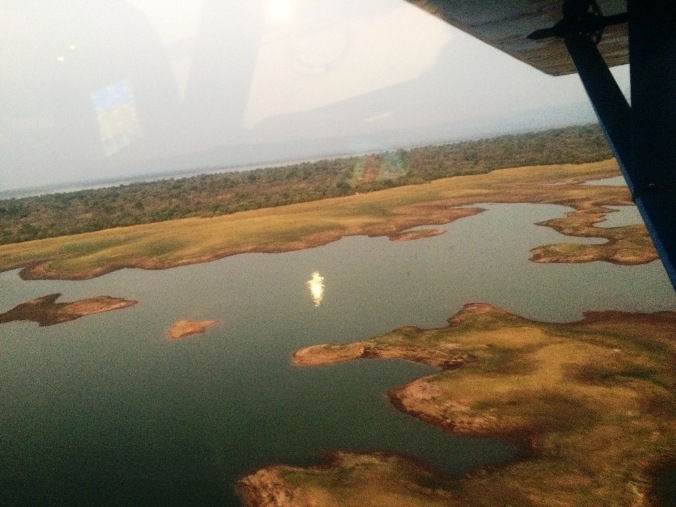 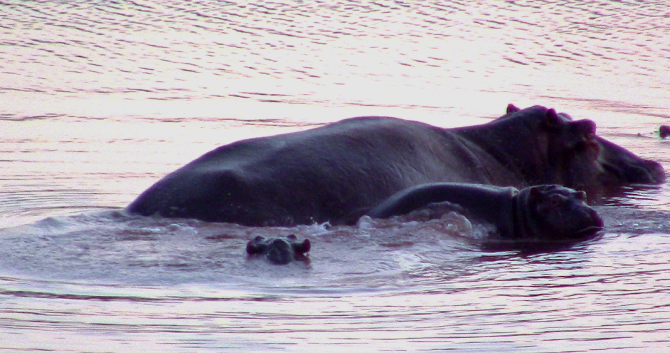