Pangolin is the new rhino

By Jamie Joseph for NZ Herald
After seven weeks of assignments, I flew out of Zimbabwe on the 4th of January and landed in South Africa’s Limpopo wilderness. I’ve been spending about six hours a day in the bush, and I’ve asked several rangers if they’ve ever seen a pangolin, and the answer is always the same, “No, they’re so rare, but I wish I had.”
Well I have, and until it happened, I had no idea how much it would mean to me. It was just before the dawn of 2015 that I was very fortunate to be wandering through the beautiful grounds of Tikki Hywood Trust’s private animal sanctuary, a trust founded more than two decades ago by Lisa Hywood.
After we called in on the wild cats, and took Naia the otter for a walk and then a swim in the pool, Lisa led me into the nursery and opened the door of Bambanani’s crib on the floor. A couple minutes later, the 10 week old pangolin orphan opened her dreamy eyes and took a few steps forward into the dimly lit room. 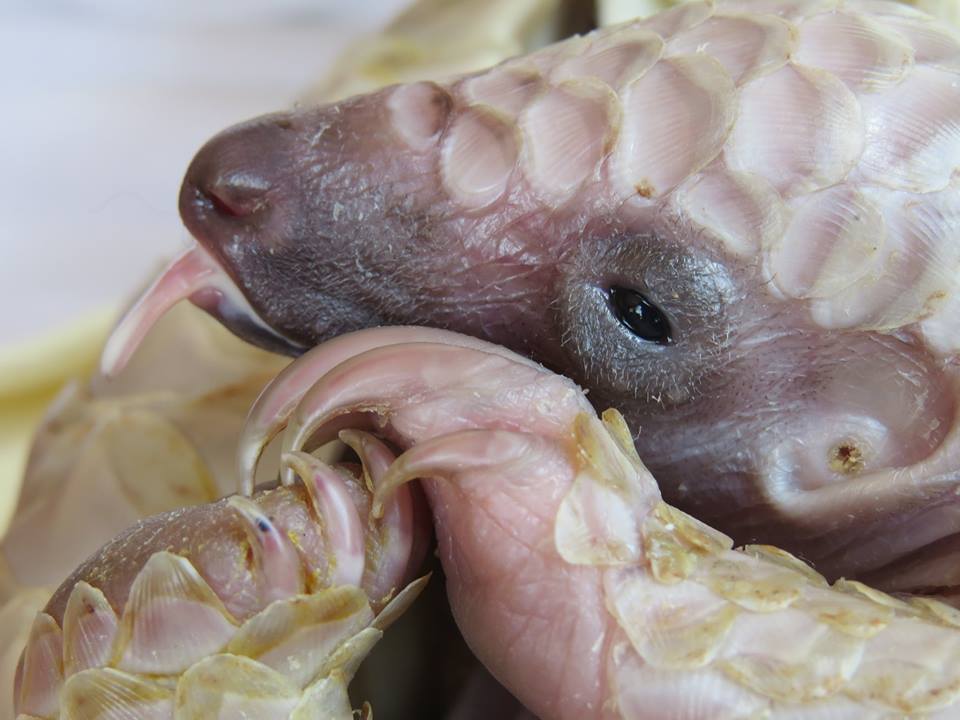 I watched, mesmerized, as Bambanani made her way over to Lisa sitting on the carpet, burying her tiny head into her human mother’s jeans. Lisa gently ran her fingers along Bambanani’s copper scaled back and tail, while I sat beside them taking it all in, as if in slow motion. An aura of mysticism seemed to engulf the room, and the pangolin’s unicorn quality was suddenly undeniable. I felt a wave of bliss rush over me, followed by a crash of sadness, because I knew…
This might be the only time I ever get to experience a close encounter with a pangolin.

Bambanani’s mother was poached, and she was born in a prison cell, arriving at the Tikki Hywood Trust just one day old. The pangolin is the most trafficked mammal on the planet, especially vulnerable to syndicates because criminals don’t need a weapon, and so the risk is lower. They simply pick up the pangolin and stuff it into a sack. The animal then dies from suffocation, or the poacher bashes its head in. And then they boil the carcass to remove the scales.
“With current data, 100 000 African pangolins are being poached each year,” says Lisa. And I note that’s 100 times more than rhino poaching. “Yes, and because pangolins are secretive and nocturnal, doing a census is virtually impossible. We don’t know how many are left, but what we can say is that in Asia the population has now been decimated – and Africa is next.”

The demand market for pangolin is very similar to rhino horn; China, Vietnam and Laos predominantly. The scales of the pangolins, made up of keratin (the stuff in your fingernails), are regarded to have similar medicinal properties to rhino horn, and even though this hocus pocus Asian medicine has never actually been scientifically proven to work, the culture consumption is insatiable.

In 2013 there was just over 600 kilograms of African pangolin scales confiscated in Asia. In 2014 the number skyrocketed to 6.7 tons. Africa is the new, deadly playground for Asian consumption. The Tikki Hywood Trust is putting up an honourable fight, and in their pursuit for justice, their weapon of choice is the legal system. The Trust fills a niche, ensuring the preservation of smaller species that lack the attention that the larger animals get. And yet at the same time, rhinos and elephants, the two iconic species of the poaching crisis, are also benefitting.
“We address a problem as an eco system, from the smaller species; such as pangolin, bat-eared fox, and hedgehogs, all the way up to the large, charismatic species. I realised that if I really wanted to have an impact in conservation, as Lisa Hywood of Tikki Hywood Trust, whatever I do in this stage in my life has to be implemented in such a way that, when I am no longer around, it still has an effect.”
Ironically, in a country where corruption and terror reign, Zimbabwe has some of the strongest wildlife laws in the world right now; however laws need to be implemented. Thanks to the dedication of the Tikki Hywood Trust, Zimbabwe is currently the most proactive country in the world on pangolin conservation.

“There are a lot effective anti poaching units on the ground, but that is only part of the puzzle,” says Lisa. “What happens if the poacher gets arrested?” 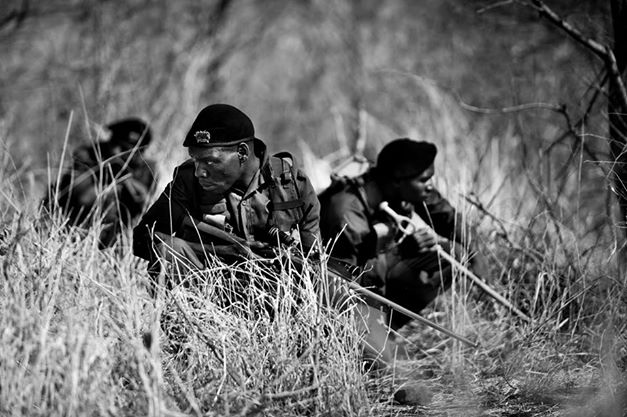 Photo credit: IAPF – International Anti Poaching Foundation
Well, if you follow the poaching crisis closely you would have found yourself grinding your teeth regularly at the sight of yet another criminal getting away with murder, whether by dockets mysteriously disappearing, the suspect skipping bail, or feeble jail sentences that are hardly a deterrent.
“A few years ago the penalty for poaching a rhino was a couple hundred dollars,” continues Lisa. “The minimum sentence is now USD 120 000, 17 years in jail and no bail. This is something that we changed through parliament, simultaneously increasing the fines for all wildife that is poached within Zimbabwe.”
From 2011 to end of 2012 everything was working well, people were getting prosecuted, but not to the full extent of the law. As Lisa explains is, the magistrates are the enforcers, and so she started working directly with the judiciary system.
“Through workshops and discussions with magistrates, they soon realised the value of all these various animals to the economy, and that they had the authority to implement the law and protect their heritage. In the case of pangolins, we back this up with a sort of ‘buddy system’, working with National Parks, police and the Central Intelligence Department, making sure the charges and affidavit are correct, and we follow the cases through every stage within the process.”

In 2014 nine pangolin poachers were sentenced to nine years in jail, the maximum term.

The Tikki Hywood Trust punches way above their weight, and it really is admirable that they are protecting our most small and precious. But what I am struggling to understand is why isn’t the conservation community in Africa, directly involved in the protection of rhinos and elephants, aggressively engaging the legal system. Rangers are dying, and for what? So that poachers can walk free?

If the law is not acting as a deterrent, then we have to ask ourselves, what is the point of having it?

The extensive work that the Tikki Hywood Trust has done with legislation – and then making sure the law gets implemented – could fundamentally be a blueprint for Africa, and the world. 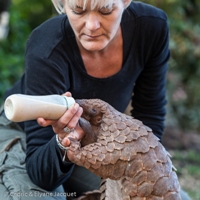