Saving Jetta, a teenage elephant speared in the back

I’m zooming in on elephants submerged like submarines in a bright green swamp, munching away on a smorgasbord of succulent grass. Around them the flat landscape shimmers like gold dust under the midday sun, stretching further than my eyes can carry me. Amboseli National Park is a kaleidoscope of shapes and colours, mammals and birds, and even though I try not to cling to any expectations, it turns out the hype is real.

“Just one more minute,” I murmur to Big Life’s Conservancy Manager Patrick Sayialel, while snapping away like a kid taking in a Disneyland parade for the very first time. “This is just so different to anything I’ve seen before.”

I’ve spent the last three months in Southern Africa writing stories from the frontline of the poaching crisis, and I’m currently on assignment with Big Life Foundation, a Kenyan conservation NGO punching way above their weight, protecting two million acres of wilderness in the Amboseli-Tsavo-Kilimanjaro ecosystem on mostly public donations. 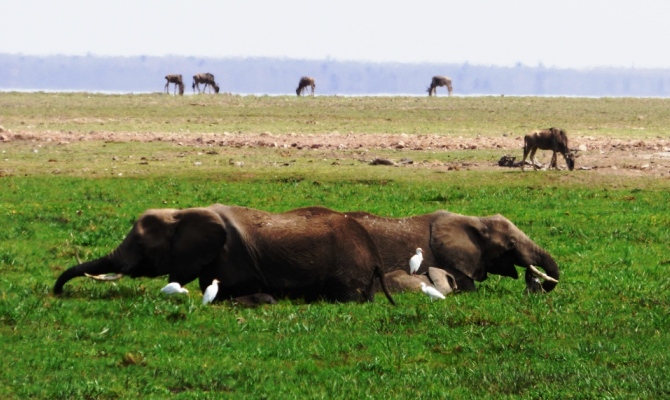 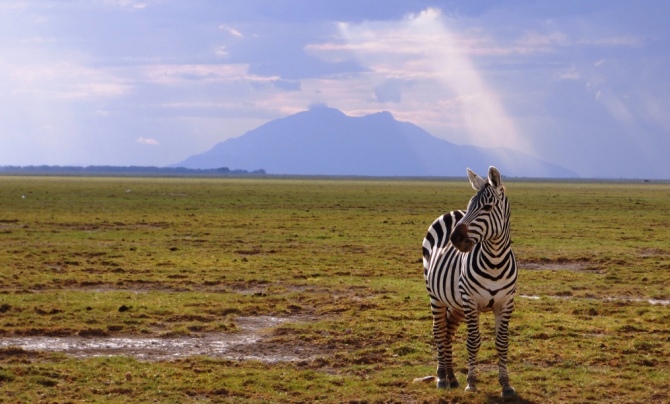 A call comes in, just as my one minute turns into two. “We have to go,” Patrick says as he starts the engine. “An elephant has been speared in her back, she’s limping, and she’s entered the park.”

We race over to assess the situation and are joined by Kenya Wildlife Service (KWS). Cynthia Moss, world-renowned elephant researcher, arrives in the Amboseli Trust vehicle and pulls up beside us.

“That’s Jetta,” she reveals before heading off. “She’s 16 years old, I know her family. She looks like she’s in a lot of pain, but she’s not paralysed. She might make it, but just make sure you have ropes to get her back up if things go wrong.”

The vet is still at least three hours away, flying in from Nairobi, with an ETA of 3pm at best. But Jetta has dragged her injured body back to the park, most likely from across the Tanzanian border about eight kilometres away, because she knows this is a safe haven. She knows there are people here that can help her.

“She’s likely been carrying this injury for up to five days,” Patrick observes as she fails to pull a tuft of grass from the earth. “She’s weak. We need to move fast.” 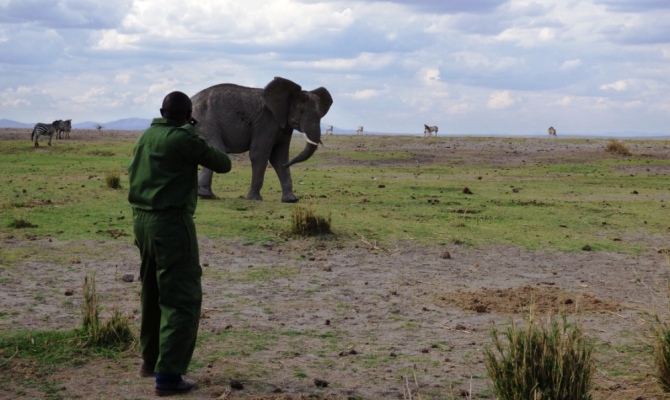 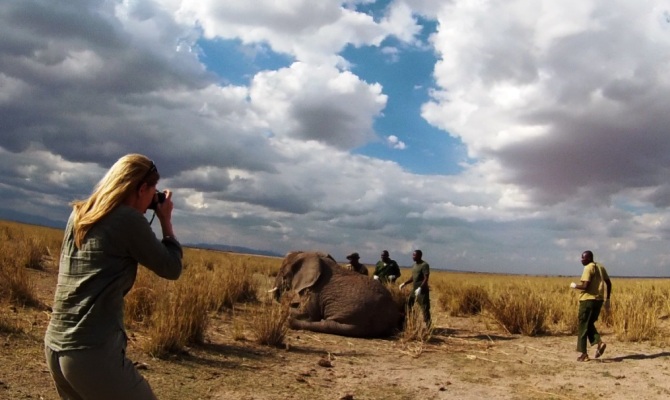 Photo credit:Saving the Wild / Jamie Joseph behind the lens

Vet Michael Njoroge arrives in the David Sheldrick Mobile Veterinary Unit at 3.30pm and pulls up behind us, with Jetta just ten metres in front. He asks Patrick to nudge Jetta forward by moving our vehicle closer to her so that he can get a better look at her limp. Medicine and tools are swiftly laid out by the vet’s two assistants, and then Dr Njoroge loads his dart gun with M99.

He aims and pulls the trigger, the dart lands in her rump, she slowly starts to walk away, and five minutes later she tumbles like building blocks. It’s a difficult sight to witness, something so great and majestic, falling from grace.

We race over to her in our vehicles and Dr Njoroge and his team swiftly get to work. They turn her over so that she is lying on her side, and then start scooping their fingers into the wound. Blood comes gushing out.

“The biggest problem we’re facing right now is that she’s been hit on the spine,” Dr Njoroge says to me as he assesses the wound. “That’s why she’s limping.”

They clean the wound out and smother it with antibiotics.

“How is her breathing?” Dr Njoroge looks over to me where I am crouched down with my fingers resting on her trunk.

“Six deep breaths on the minute,” I reply.

“If it goes below five breaths a minute we’re in trouble,” he says calmly.
The wound is deep, and at least twenty minutes has passed before they start sealing the wound with a type of clay that looks like war paint.

“Four deep breaths on the minute,” I call out just as I feel something squeeze my heart. “Come on girl,” I whisper to Jetta, and at that moment her trunk gently flicks up, signally the M99 drug is starting to wear off. 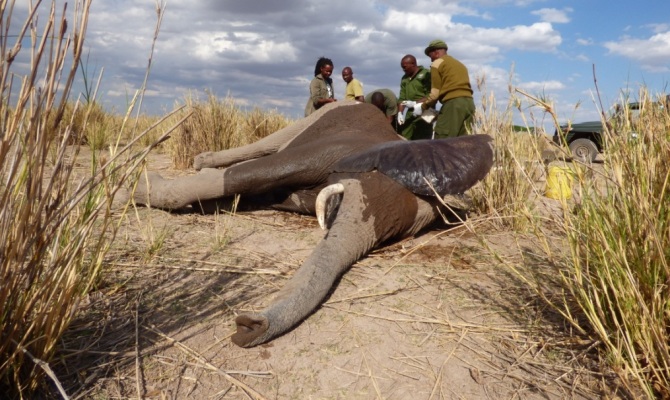 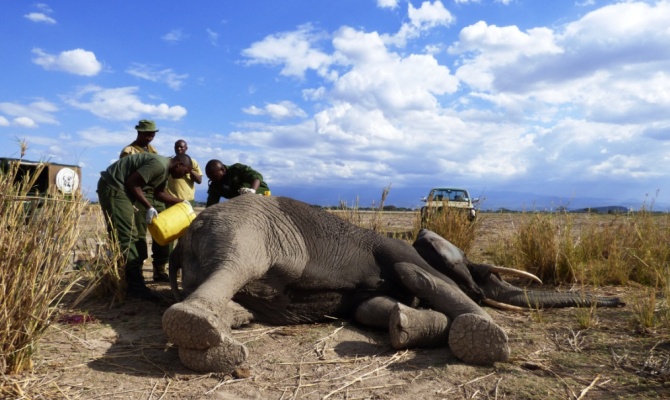 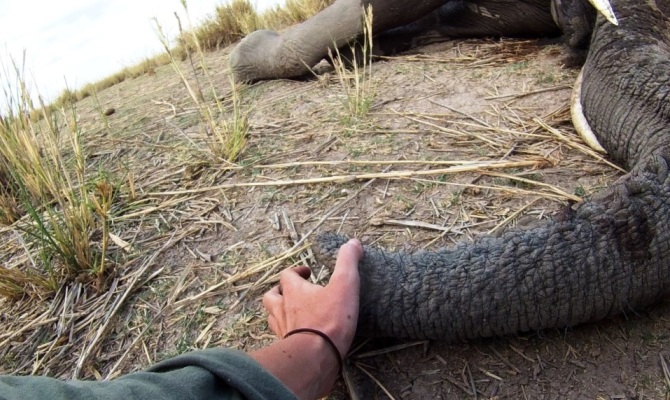 “Time to get going,” Dr Njoroge replies as he loads up the reversal drug. “We’ll have about four minutes before she wakes up.”

Slowly she begins to lift her head, but her body doesn’t follow. Her head goes down again, and then she raises her trunk and inhales freedom. The next sixty seconds pass in slow motion and then I realise I am panting.
“Come on girl,” I whisper as she pulls the top half of her body up. She heaves forward and steadies herself. Her back is covered in war paint as she slowly walks away, pausing once to look back at us. I catch my breath and smile. Today is a good day to live.

The poaching crisis is a daily dose of depressing – with 96 elephants slain every 24 hours – but we must never let the goodness get lost in the darkness.
We need to share these stories of survival, because sometimes just surviving is the glory. 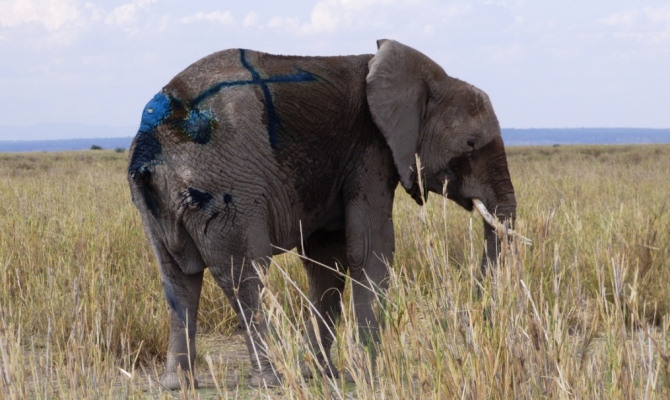 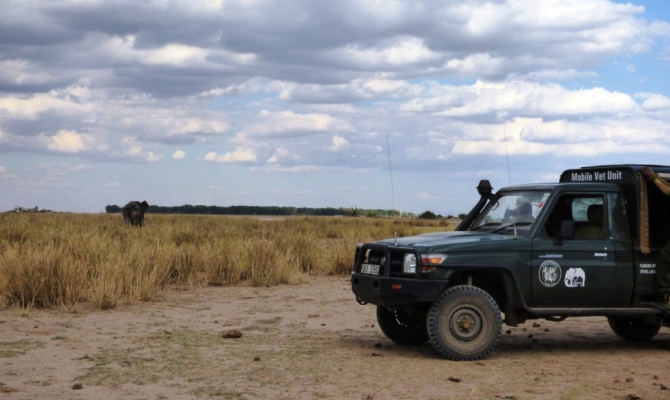 “Conservation cannot be driven by emotion,” Richard tells me on the way to base camp where I will be shadowing Big Life rangers for a couple days. “I think one of the fundamental rules of mankind is economic self interest, and Big Life recognises this. And so we make sure that wildlife is generating revenue streams for the community, in order to sustain many of whom are living below the poverty line.” 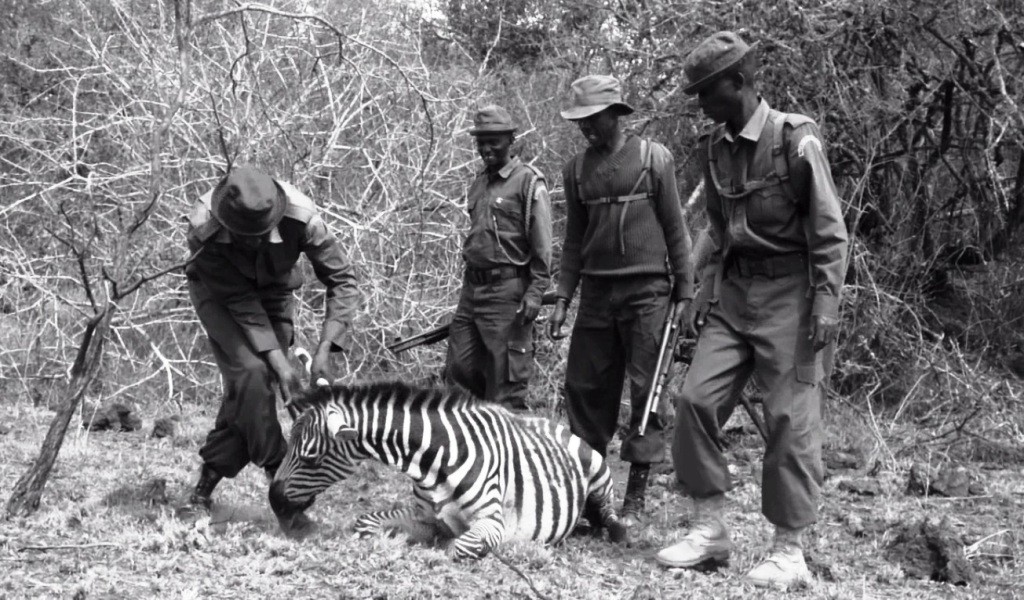