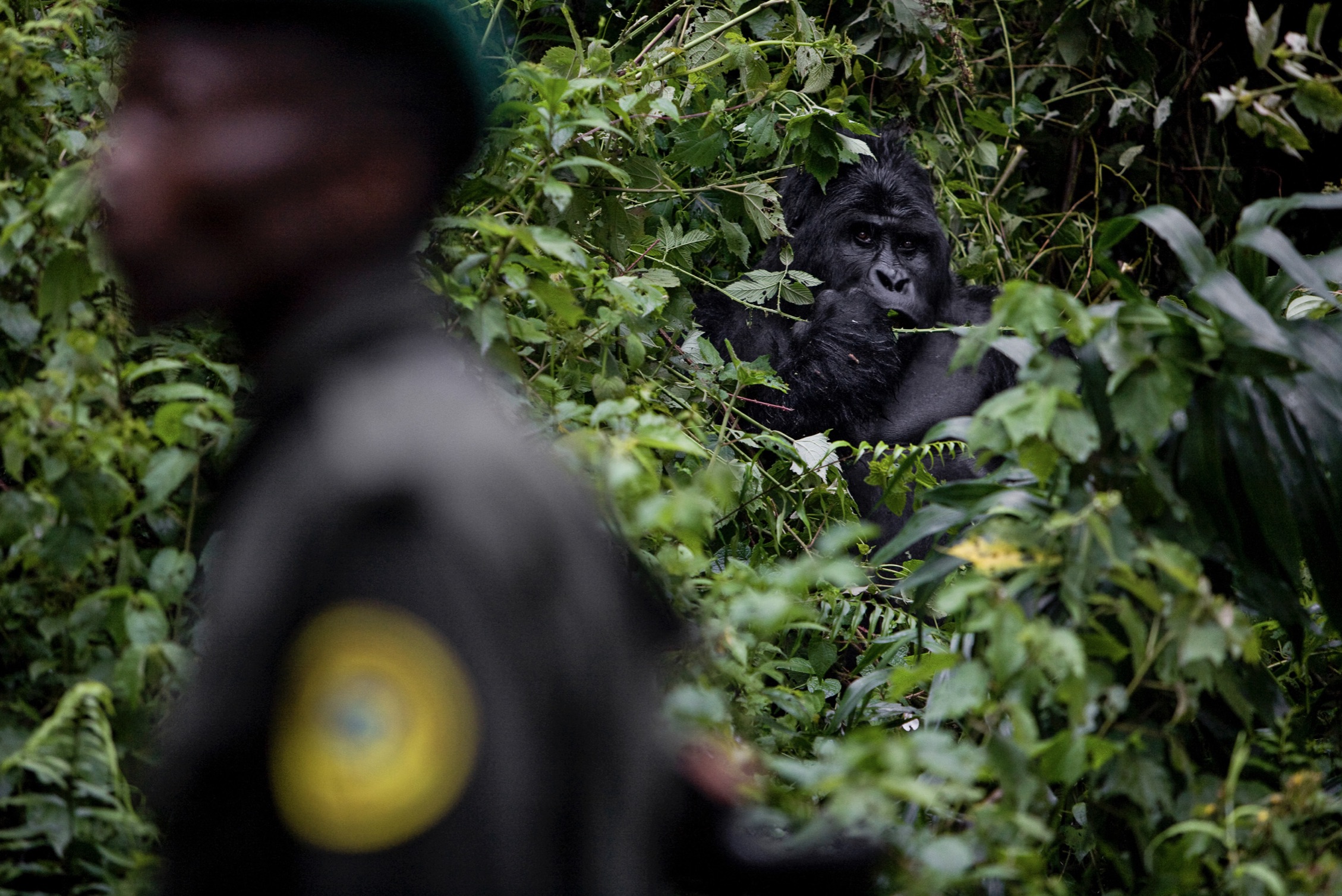 12 Virunga rangers have been killed. Do not look away.

Virunga National Park is a world heritage site in the eastern Democratic Republic of Congo. The park is home to a fragile population of mountain gorillas, and has been hit many times over the years by instability and violence. Virunga is also home to some of the bravest men on earth.

Being an activist myself, with bad guys who would fill me with bullets if they ever got the chance, I’ve always taken notice how quick the news cycle is when activists and rangers are killed in the line of duty. Everyone is so sad for a couple days, and then it’s over. Forgotten.

I remember like it was yesterday, when Wayne Lotter was assassinated in August 2017, a man who’s intelligence work to anti poaching in Tanzania was nothing short of ground-breaking. And I remember a ‘GoGetFunding’ campaign was set up to support his family’s future, and also pay for the transportation of his body to his native South Africa where funeral bills were piling up. Everyone from the New York Times to The Guardian and National Geographic covered the assassination, and yet for all the thousands of comments and sad emojis the fundraiser barely hit 50% of its US$50 000 target. There were just 225 backers, and 4% of the money raised came from Saving the Wild. I have never spoken of our donation until now, but it is to illustrate a point; we are a tiny non profit, and we didn’t even work with Wayne. Where is everyone?

We need to support the families of these fallen heroes, because it is their partners who are left to raise their sons and daughters to be guardians of this natural world. And if they are forgotten, what do you think they will grow up to be? And the rangers who are left to continue the work need to know that, whatever happens, their family will be taken care of.

Saving the Wild has just made a US$500 donation to Virunga specifically for the support of the families of the rangers who were just killed in a savage attack. With rage and sorrow coursing through my blood, I wish so much that it could be more, but we are struggling financially during this coronavirus pandemic, and it’s all we can muster right now. But it is better to give something than nothing, because it is a tangible appreciation of the sacrifices made and the lives lost.

DONATIONS CAN BE MADE ON VIRUNGA.ORG

We almost never ask our community to make a donation, but we are asking now. If you can, please make a donation to Virunga. Every US$50 raised will provide one month of support for a widow and children of a fallen Virunga ranger.

This morning, one day after Earth Day, 12 ICCN conservation rangers, 1 ICCN driver and 4 of the civilians they were escorting lost their lives to a cowardly and savage attack by FDLR-FOCA. Three other rangers remain in critical condition. FDLR is a group that has been hiding in and exploiting Virunga National Park since fleeing their bloody handiwork in the Rwanda genocide. The rangers were close to their headquarters when they were ambushed in an ICCN Unimog truck with clearly marked Virunga National Park identity on the doors. It could not have been more obvious that these men were not members of the FARDC Congolese army with whom FDLR is in conflict. Literally hundreds of rounds were fired at the truck in which the rangers were traveling, grenades were also used in what can only be described as a mindless slaughter committed by people who, in my mind, have lost the right to be called human. The sooner they are wiped from this earth the better.

Please continue to support Virunga and their heroic conservation stance, they will only take this as a sign to fight harder and they will need help in the fight. Go to Virunga.org to learn more.