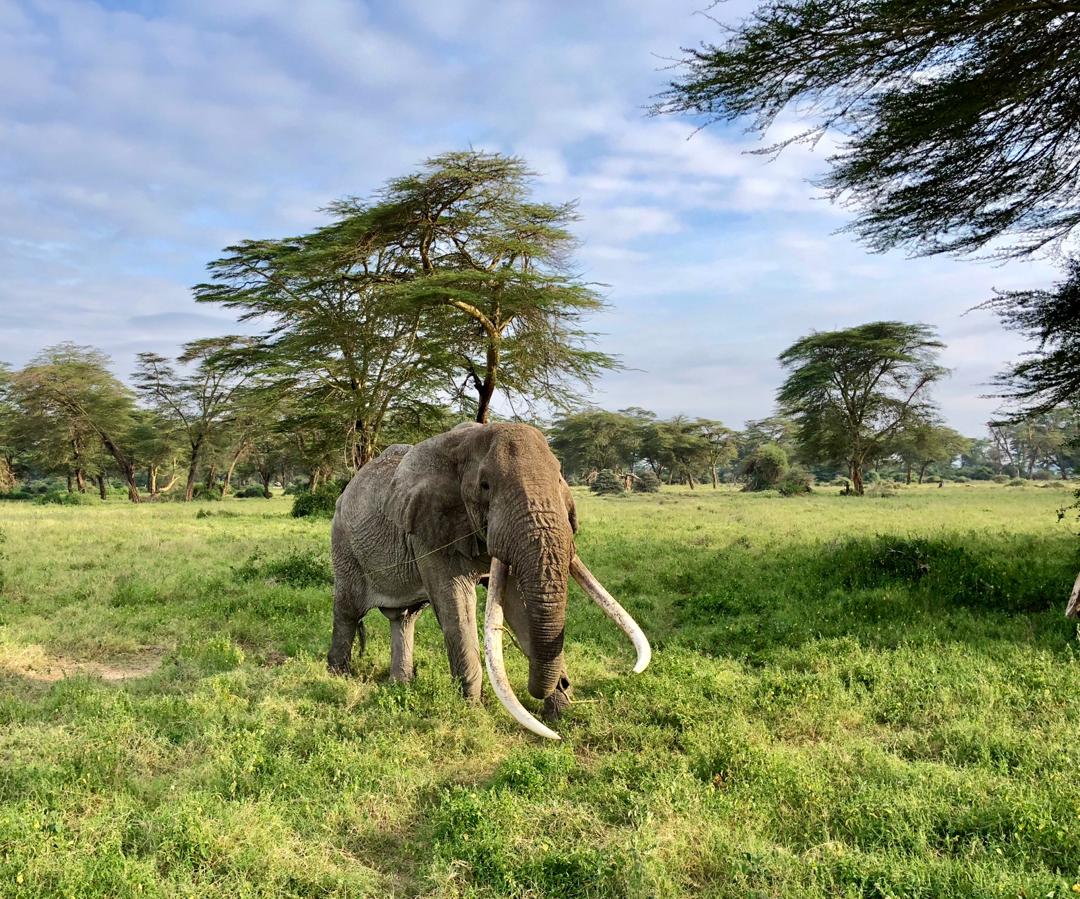 Saving the Wild’s mandate is to dismantle poaching syndicates, and protect the black rhino and elephant tusker gene pool. We accomplish this through advocacy, intel driven investigations, solving the poverty link to the poaching crisis, and supporting safe havens. In 2019 we expanded our mandate to include a climate disaster fund. We run and support projects in South Africa, Mozambique, Zimbabwe and Kenya. Our advocacy is worldwide.

Africa’s poaching crisis has dragged on for more than a decade. There are endless successful anti-poaching stories that illustrate the extraordinary lengths people and parks will go to protect their animals. And yet every day more elephants and rhinos die at a horrific rate, often by poachers out on bail. The weakest link continues to be corruption, and yet it is very rarely addressed.

On a positive note, and possibly the best news ever, the wild is getting a break as China permanently bans the trade and consumption of wildlife as the coronavirus continues to spread. It’s too soon to tell, but we are monitoring incursions and hoping for a sudden drop to coincide with a drop in demand.

Prior to this we had already started work on the demand side, and it’s still too soon to report on, but we do have an ambitious project in the works, in Asia but outside of China, and host to one of the most destructive wildlife markets.

In South Africa, Saving the Wild continues to lead the crusade against corruption – by far the hardest uphill battle in the rhino crisis – and in the three other countries we operate we are able to step out of the cesspit of corruption and contribute towards projects that bring us joy and give us hope. We continue to protect the black rhino gene pool with financial donations to vets on the frontline.

In Mozambique, our operatives are having excellent results on arrests and convictions: elephant, rhino, leopard and pangolin. Unlike South Africa, the law is now acting as a deterrent and next week there will even be a workshop on prevention of corruption.

In Kenya, our partners Big Life Foundation celebrated an elephant and rhino poaching statistic of ZERO in 2019. As part of our mandate to protect the elephant tusker gene pool, we cover the intel budget for the area in the Amboseli ecosystem where the tuskers tend to spend most of their time.

And in Zimbabwe, in July, we joined forces with local stakeholders and initiated the ‘Feed Mana’ programme during unprecedented drought in the Zambezi Valley. During our three months on the ground we sowed the seeds for a poacher to farmer transformation programme to take place in 2020.

The future of Saving the Wild is film. For more than four years we have quietly been piecing together a documentary unlike anything ever produced before. It will reveal the dark underbelly of the rhino crisis in South Africa, home to 80% of the plummeting population, and the reality of a species going extinct because the government is so corrupt. Whistle-blowers and informers, kingpins and a crooked cabal of justice officials; this is the outrageous true story unfolding right now. We are entering the final chapter…

We will premiere the trailer of ‘Blood Rhino Blacklist’ feature documentary at an event with Helen Clark on the 3rd of March. Three times New Zealand Prime Minister (1999-2008), and former UNDP Chief (2009-2017), Helen is our champion and our hero, and a universal role model of what it takes to lead with unwavering integrity.

We have two other films currently underway; a sweeping cinematic tribute to the last great tuskers, and a documentary that will take us on a journey into unknown territory – the loss of priceless biodiversity as climate change continues to wipe out billions of animals – how do we become armed with the tools to fight a battle even more devastating than poaching and organized crime?

Through film, our goal is to soar to new heights, connect with millions of people worldwide, and ignite movements that bring meaningful change.

Saving the Wild is largely funded by a handful of extraordinary humans and through our social enterprise partnerships. These are the people we break bread with and share confidential information with. People who have made their mark in the world and are giving back through philanthropy, collaboration and mentoring.

Six years ago it was just me kicking up dust and writing stories from the frontline. We’ve come a long way, and I promise you this, the best is still to come.