“When the buying stops, the killing can, too.”

WildAid’s mantra, translated into Chinese, has permeated China’s culture and society – a remarkable achievement in the mission to stamp out the US$10b illegal wildlife trade. In this two part interview with Peter Knights, WildAid’s Executive Director, I delve into what it will take to win the race for new Chinese thinking.
WildAid’s mission is to save endangered species that include elephants, rhino and tigers, by ending the illegal wildlife trade in our lifetime. It is the only organization with a laser focus on reducing the demand for these animal products, and they do this through public awareness campaigns featuring celebrity activists Yao Ming, Jackie Chan, Sir Richard Branson, Leonardo DiCaprio, and many more.
Working on a shoestring budget, WildAid are leveraging well over US$200 million in pro-bono media support, and reaching one billion people every week.
The most recent reports on WildAid’s shark fin campaigns in China show a demand reduction of up to 70% for shark fin soup, the result of appealing to people’s humanity. Did you know that millions of sharks are brutally killed each year for this soup? A third of all shark species are nearly extinct, but we can help save them.

Image credit: Facebook cover – savingthewild.com
“The response to poaching crises has been to increase enforcement – to escalate the war while only dealing with symptoms,” says Peter Knights. “Demand reduction defunds the war and deals with the root cause. If you hit the demand hard you break the back of the problem and make enforcement more affordable for the future.”
Ivory carries more social status than shark fin soup, and ironically Buddhist ivory carvings are seen as religious devotion. However a lot of Chinese people still believe tusks are sourced from elephants that die a natural death, while others believe elephants shed their tusks like stags shed their antlers.
Fuelled by the country’s economic boom, China accounts for about 70% of the illegal ivory trade, and there is obviously still a long way to go. But progress is imminent, and Knights is encouraged by the Chinese government being open to their citizens debating environmental issues.

“The big win so far is China carrying out the ivory crush and admitting for the first time publicly that they had a problem. Hong Kong followed and their top three retailers have pulled out of the trade.”

China licenses 35 ivory carving factories and 130 ivory retailers to sell ‘legal’ ivory obtained from the 2008 CITES sanctioned sale of ivory stockpiles from four African countries. However some legal operations have been caught out as fronts for smuggling, and other carving factories are not licensed at all. Calls to shut down the factories and distribution channels are routinely ignored in contradiction to the ongoing confiscated ivory stockpile burns. But the future is unwritten.
“There are a lot of layers to the Chinese government, and the people responsible for the crush are not necessarily the ones dealing with the trade,” explains Knights. “Right now they’re about half way through selling their 70 tonne purchased stockpile, and they’re also about to release another five tonnes of legal ivory into the market. You can never really tell with the Chinese government. Things happen suddenly and nobody knows why, but certainly pressure internally and externally helps steer them in the right direction.”
In the last 12 months China has been making arrests for illegal activities, and the current plan is to continue drip feeding five tonnes of ivory onto the legal market until the legal ivory runs out.
“Mammoth ivory, although a different colour, is reasonably accepted,” Peter Knights tells me when we start discussing alternative materials. “There is no end to carving, from hardwoods to stone, but if the prestige is in the actual ivory itself, well then it’s difficult to replace that. It’s not WildAid’s job to promote consumption of anything, but it would help if other people were proactively selling and marketing viable alternatives. My view is something too similar to ivory might just perpetuate the market for the real thing. Perhaps it is better to move on to something completely different.”
In recent years, to some extent the market has moved over to Africa, where hundreds of thousands of Chinese expats are continually tempted to smuggle ivory into their home country. On the flipside, some of these expats will also experience the African wilderness, perhaps become emotionally attached to our global iconic species, and take home both photographs and treasured memories.

Why buy an ivory carving, when, for less money, an entire family could experience an unforgettable African safari, with elephants in the wild?

“If China banned ivory sales the economic and cultural impact there would be minuscule, but it would really help Africa – and the boost for China’s image in Africa and globally would be immense,” says Knights. “Right now they are being painted as the bad guys over five tonnes of ivory a year, but they could and should be the heroes. Yao Ming and Jackie Chan are showing that, and the new Administration in China could step up too.”

Read Part 2 of this interview: Demand reduction needed in order for law enforcement to succeed.. 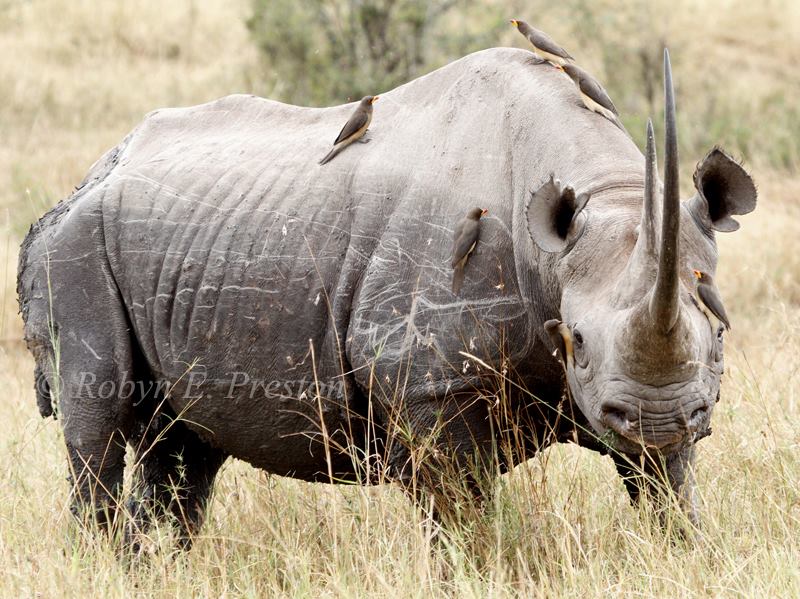