The man behind 81 poaching arrests in 12 days

By Jamie Joseph
It’s twilight in Malawi when I catch Rory Young on the phone, camped out with his fellow rangers somewhere deep in the African bush. There is a sense of urgency in his voice, like he has many important things to tell me, but really there is so much more work to be done.
“Let’s just focus on the task at hand,” he interrupts me when I deviate, commenting I had read that when he was just 17 years old he was, at the time, possibly the youngest person to have ever earned his wings in the French Foreign Legion.

“There have been 81 poaching arrests in just under two weeks,” Rory continues. “If we had been shooting first and asking questions later we would have dealt with only a fraction of this number and would have almost certainly sustained casualties.”

Populations of elephants in Malawi have halved in recent years, and the government has now decided enough is enough. They have committed to burning their entire ivory stockpile, symbolically important, and there are plans to include conservation in the school curriculum, teaching children the importance of wildlife and the real value of wildlife to tourism and the country’s economy. There is now political will. 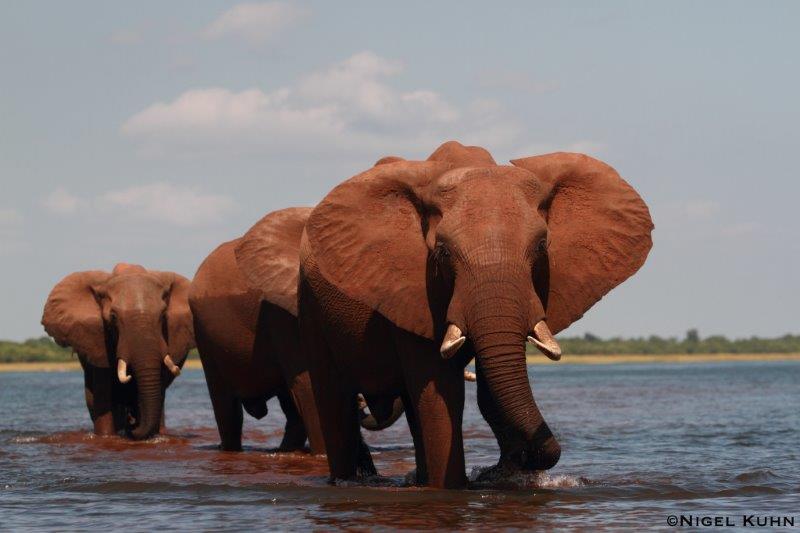 Photo credit: Nigel Kuhn.
Zambian born Rory Young has been tracking Africa’s wild ever since he was a little boy. In Zimbabwe he successfully completed a five year rigorous apprenticeship to become a forest ranger, of which only 5% pass. After more than two decades tracking in the field, and suddenly in the midst of another poaching crisis, it was crystal clear to him that a lot of the people who had fought in the first war on poaching in the eighties were now retired, or had been replaced by younger, less experienced rangers who had grown up after the counter insurgency operations of his generation, and who had no training or experience in the very specific skills needed to overcome such a crisis.

This was the seed from which Chengeta Wildlife was born, an organisation that raises money to train wildlife protection teams, because, frankly, throughout most of Africa there simply aren’t the funds available to properly upskill rangers, and so the death toll continues to rise, for both animals and humans.

The key here is pragmatic doctrine. In the race to stop the blood flow, right across Africa ex military are taking military doctrine and trying to apply it to anti poaching.
“It does not work,” says Rory. “In anti poaching you do not have a military structure. Each man in a military unit plays his part, whereas in anti poaching the reality is the men need to be incredibly versatile because they are operating independently in small groups in isolated areas. Through our Chengeta network of expertise we have created a doctrine very specific to anti poaching, and then we further tailor it to each park. Part of this doctrine is teaching rangers all the skills that would collectively be taught to the military, or the police, or intelligence agencies; how to go undercover and gather information from other sources, how to do reactive investigations, how to analyse all of the information gathered and then take that information and plan future operations. We teach them all the tactics of pursuit, apprehension, post apprehension and interrogation and to then roll up the networks using the information from arrested poachers.” 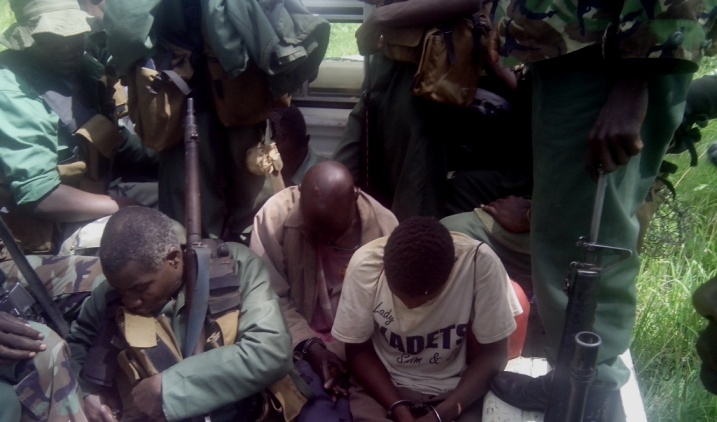 Photo credit: Poachers apprehended in Nkhotakota
In the Nkhotakota Wildlife Reserve, for the entire 2014 there was 21 arrests. Under Rory’s guidance they made 21 arrests in half a day. And that is because they’re putting stop groups in the right places at the right time. They work out where the poachers entry and exit the protected area and their movements, especially choke points, and then they set up covert apprehensions. They’re coordinating with tracking teams, observation posts and undercover officers so that every step of the way they can catch them in various positions.

“This kind of anti poaching is not being taught throughout the vast majority of anti poaching operations in Africa,” continues Rory. “There is the assumption that if the boots on the ground isn’t working we should bring in the drones, or some other magic warfare, but there is no silver bullet. Just look at Kruger National Park (KNP), they are failing because they are trying to run it as a military structure.”

In Liwonde, where black rhinos are severely threatened, between February and March Malawi rangers made 33 arrests in two weeks with just 30 men, one old boat captured from poachers, and one and a half vehicles – they only had access to a second vehicle some of the time. Compare that with KNP, with thousands of men, helicopters, drones, vehicle fleets, army and air force support, and there was just 28 rhino poaching arrests in April, and that was a sharp improvement. 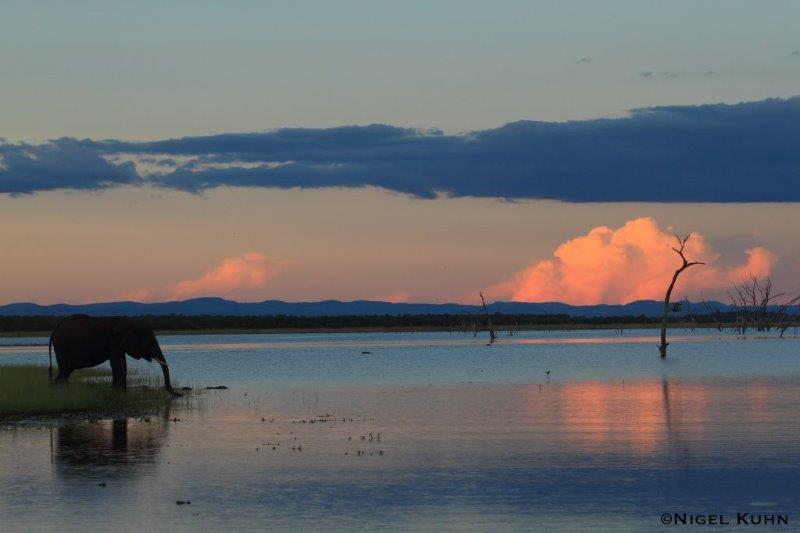 Photo credit: Nigel Kuhn.
I question if that is because South Africa still doesn’t have an effective hot pursuit agreement with Mozambique, and most of the poachers are coming over the border from Mozambique.
“That’s not it,” replies the intense strategist. “Because there is a whole series of steps you can take. You can catch them at point of entry, at market, or exit point – there are many different places you can tackle poaching. But all of that requires intelligence. Shoot on sight is stupid. If we had been shooting on sight during this latest sting operation we would have shot a handful of poachers and that would have been the end of it. Every single poacher is an opportunity for information to get more poachers and work your way up the chain to the ringleaders.”
We go on to discuss the poverty link to the poaching crisis, and how vital it is that governments and NGOs address this problem. Poverty leaves the local villages living near wildlife vulnerable, with the fathers and sons recruited by criminal syndicates to do the dirty work and pay the highest price, often leaving behind widows and orphans.

The very latest figure – 81 arrests in 12 days, is impressive, and must be some kind of record, but I’m quick to point out that the conviction rates of poachers right across Africa is less than 10%. It’s no secret that evidence is often tampered with and mysteriously goes missing once in police custody, so how is Chengeta’s way of teaching rangers to handle evidence any different? 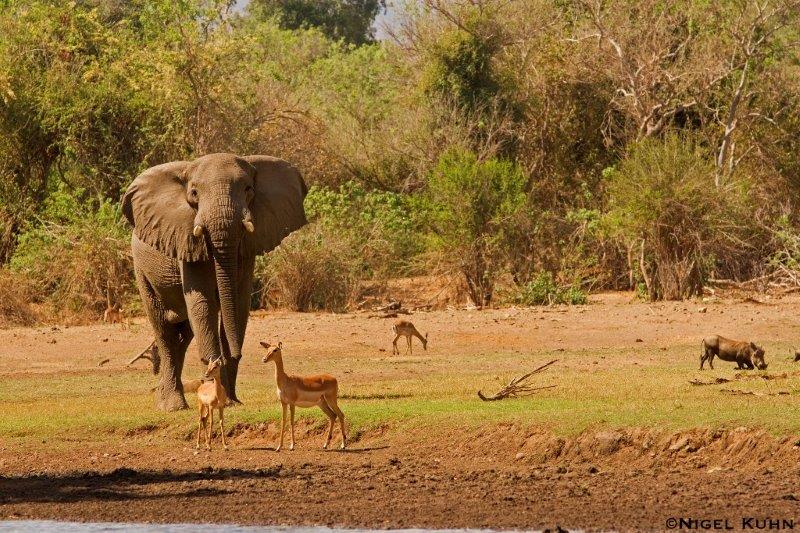 Photo credit: Nigel Kuhn.
Says Rory, “We teach a complete doctrine, right through to the courts, making sure the dossiers are correctly put together so that the prosecutors have all the information they need. We maximise the ranger’s effectiveness. I’ve been training rangers for the last three years in Malawi, Zimbabwe and Guinea, and as far as I know we’ve never lost evidence. Malawi is in the middle of redoing all its legislation, they know they need to introduce much harsher sentences so that the law actually acts as a deterrent, however in the meantime a committee has been formed made up of judiciary, police, army, parks and wildlife, and intelligence services to make sure they get more convictions. The evidence that is now being handed over to the judiciaries is light years ahead of what it was before. “
Through the Chengeta training, the rangers are taught how to create a dossier with all the evidence and everything is signed off by two police officers, and the rangers get a copy of that. Then it goes straight to the prosecutor and they have to sign for it. Then everyone has a copy, and if something does go astray the organisation that lost the evidence can be charged with deliberately tampering with evidence.
However funds have recently dried up and Rory continues to work pro bona. As soon as more donations come in Chengeta can take on another six protected areas in Malawi, including one Transfrontier Park and a World Heritage Site.

Concludes Rory, “There have been requests from a dozen African countries to conduct the training. Right now our focus is fundraising to provide training to Africa’s least developed countries that need the most help.”

Each 30 day training session costs approximately US$18,000 which is spent on:
• Rental of vehicles and boats for anti-poaching operations (if needed)
• Fuel for vehicles and boats
• Daily rations for trainers and participants
• Shelter for trainers and participants
• Airfare and transportation for trainers to/from camp location
• Trainer remuneration
• Printed field guides and other education materials
• Training supplies when needed: compasses, water bottles, radios 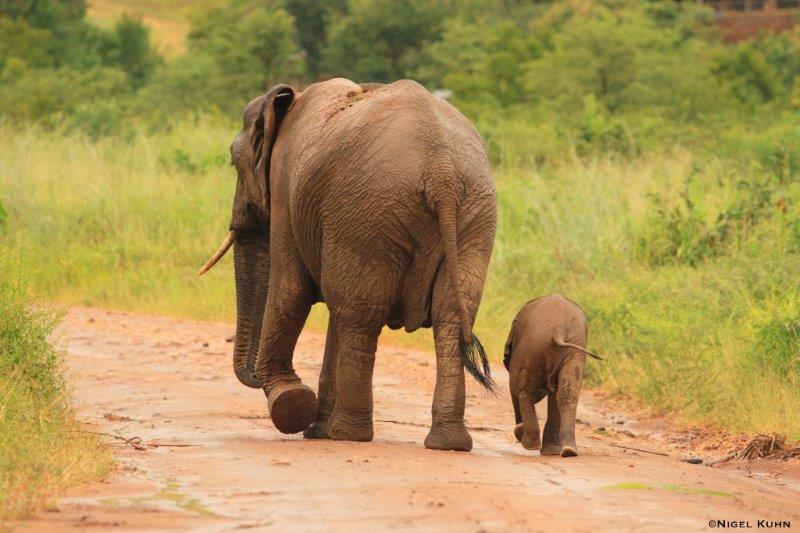