Jamie Joseph on assignment: Luangwa Valley, Zambia.
Mission: Solving poverty saves wildlife.
“We’ve designed a business model which will ultimately put us out of work,” Nemiah Tembo tells me proudly as we travel the two hour bumpy road from the city of Chipata to a village in Chinunda.
Nemiah is an extension manager for nonprofit COMACO – Community Markets for Conservation. COMACO’s long-term impact depends heavily on the potential for local ownership and management of the conservation/farmer model. A large part of Nemiah’s job is strengthening relationships between the Laungwa Valley chiefs and their communities. The families in these villages barely survive on a couple dollars a week, and many of the men resort to poaching, which is what has brought me to Zambia. I am here to research COMACO’s unique business empowerment model, which I believe is a blueprint with the potential to scale right across the continent, and a game changer for Africa’s poaching crisis.

First stop: Poacher to farmer transformation programme, which has quietly been ticking along for over a decade now, with more than 1500 poachers transformed. Nemiah has been with COMACO since its inception 13 years ago and was ‘the crazy one’ recruiting the original poachers from the villages, with the help of the chiefs and other trusted members of the community.

I walk into the no frills classroom while the farming mentor is lecturing, and quietly take a seat in the corner, absorbing all that I see. I’ve been around poachers before, but only in the instance when they’re being dragged to jail. These poachers look similar to the others; poor, somewhat gaunt, and even though I can see they have made an effort to dress nicely, some of them are even wearing buttoned shirts, nothing can hide the stains and wear that comes with hard time. And the tattered shoes and bare feet are always a giveaway. Some sit on benches, while others on rice bags. Pen and paper is given, and there is a blue bucket in the corner with one blue cup to share. 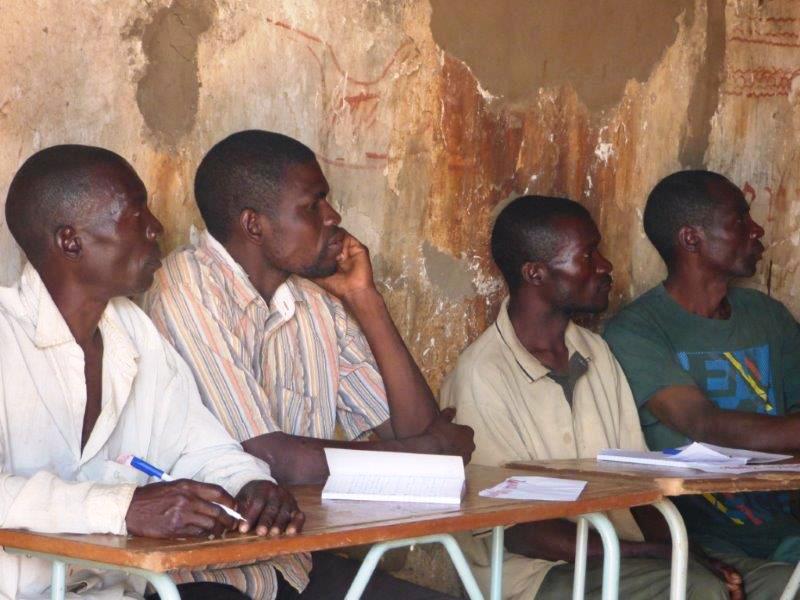 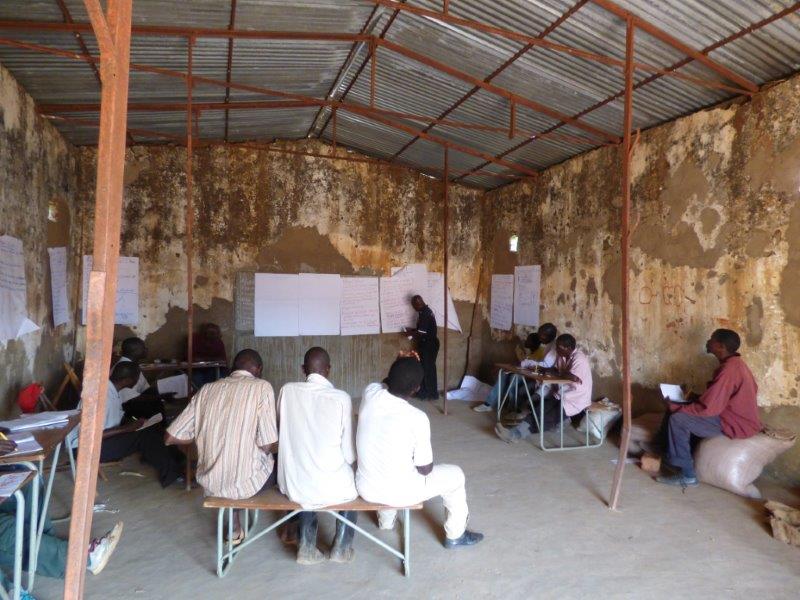 Every single one of the dozen poachers in this room has an intense look in their eyes while they listen keenly to their teacher and scribble down notes about sustainable farming practises and how to harvest peanut butter, honey, groundnuts, soy and rice. It’s as if their life depends on it, because it does. A little while later I am asked to stand up and introduce myself.
“There are people all over the world that think you are getting rich from killing elephants,” I tell them as I scan the room slowly. “They do not understand that you and your families drink contaminated water and go to bed hungry. Chinese criminal syndicates are stealing from Africa, from your families, from my family, and it must stop. I am here to set the record straight.”
I continued to speak for a few more minutes about my mission ‘solving poverty saves wildlife’ and what I have seen with my own eyes in other parts of Africa. After I had finished speaking there was a brief pause, and then everyone started clapping. I exhaled, relieved that I was well received, and that they were comfortable with a journalist in the room.
All poachers surrender their guns, ammunition and snares before they begin the transformation training, which takes about 10 days. During the lunch break I took a closer inspection at one of these weapons. It was a traditional gun, heavy, decades old, acquired during the slave trade. It carries hand-made bullets and has enough power to kill any animal on land. 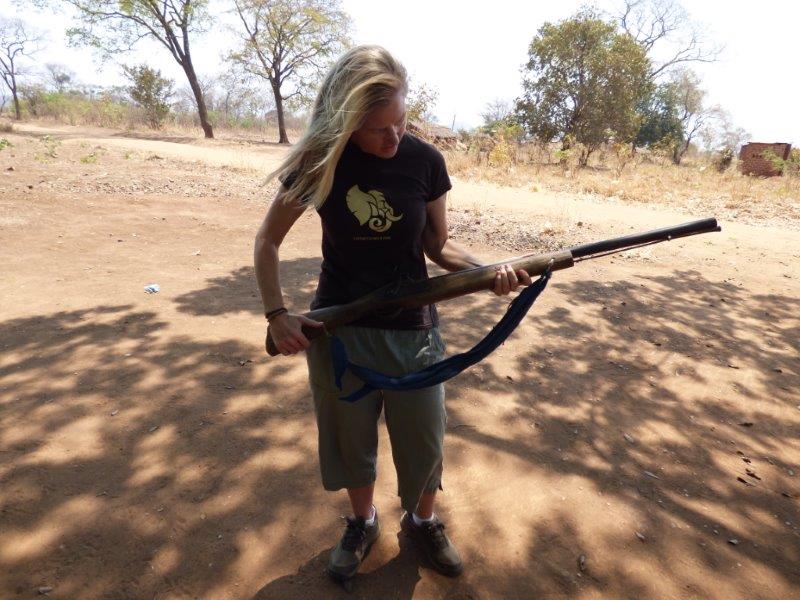 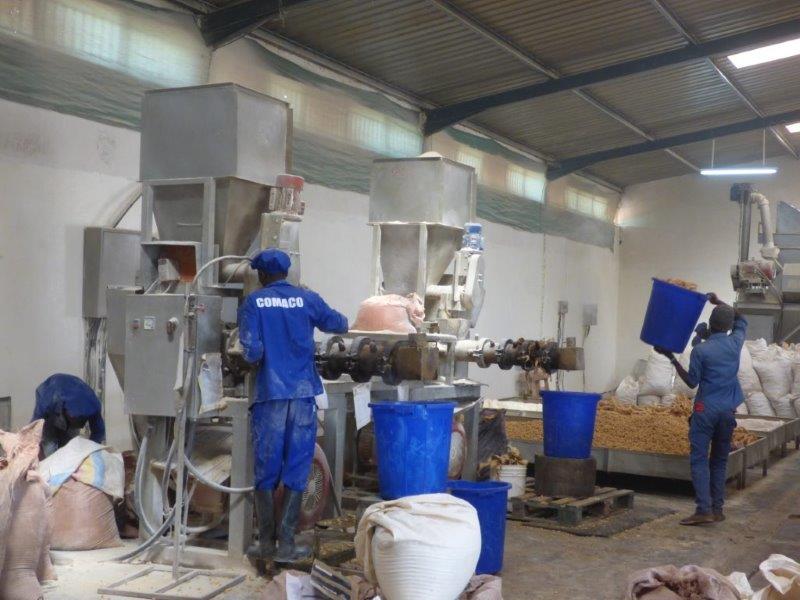 I then joined the farming students for sadza (mielie-meal) and sparked up a conversation. They were all shy in the beginning, especially the ones with little English, but in these situations I tend to trust in visual communication.
“I took photos at COMACO’s food processing plant this morning, do you want to see?” They all lit up like a Christmas tree and gathered around me.
More than 100 000 people in the Laungwa Valley are now COMACO farmers, and they have increased their income from US$100 a year to US$362 a year, plus they all get to feed their families healthy food. Since 2001 there has been a 40% increase in crop yield, and they are trained on how to deal with climate change. More than half the COMACO farmers are women, and unlike the vast majority of Zambia, there is no gender inequality.
An annual income of US$362 might sound like pennies to a foreigner, but life is tough in Africa, and you learn to live on the edge; you adapt, you evolve. According to the ivory poachers I’ve interviewed so far, their poaching gang traded ivory for basic food stuff and clothing, or up to 5000 kwacha (US$500) for a pair of large tusks – but they tell me the risks and the damage to their soul is just not worth it. On the black market in China this ivory would fetch six figures. The African poachers have absolutely no idea what the ivory is worth, or that the traders that exploit them are gambling on extinction.
COMACAO’s brand ‘It’s Wild’ is distributed to outlets countrywide, including Spar, Shoprite and Pick & Pay. The food I’ve tasted is delicious, and the environmental benefits are outstanding. Aerial surveys show populations of large mammals have stabilized in Luangwa’s national parks thanks to COMACO farming extension and poacher outreach programs, and they work with local authorities to help protect 350,000 hectares in community-owned conservation areas.

About 5% of COMACO participants do revert back to various types of poaching, but it’s significantly more effective than law enforcement. It is far cheaper, and less time consuming, to seek out and put someone through a poacher to farmer transformation programme than it is for a wildlife enforcement officer to try and track them down and arrest them. The farmers are also the eyes and ears on the ground and double up as an informer network, which has lead to the arrest of poachers. However there is a lot of room for improvement as the obstacle here is that there are very few people that own mobile phones, and so even if they have a tip there is no way of communicating that information. I heard the same story while I was in Zimbabwe last month. Once my mission is complete I will initiate a ‘sponsor an informer’ programme and ask the Saving the Wild community to please donate old mobile phones.

Not all poachers are created equal. This community model would obviously never work for poachers that hail from militant groups and terrorist organisations such as Boko Horam and Al Shabaab, but a lot of the poaching in Africa is rural poaching, and by tackling poverty we can solve this. Countless millions of dollars is being poured into anti poaching, but very little is spent on empowering Africans living near wildlife to be guardians of their natural heritage.
We are losing this war. And it’s long overdue Africa changed its battle strategy. 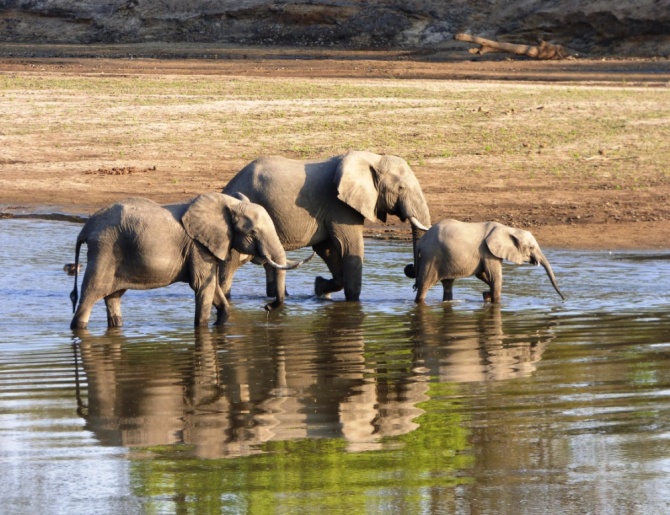 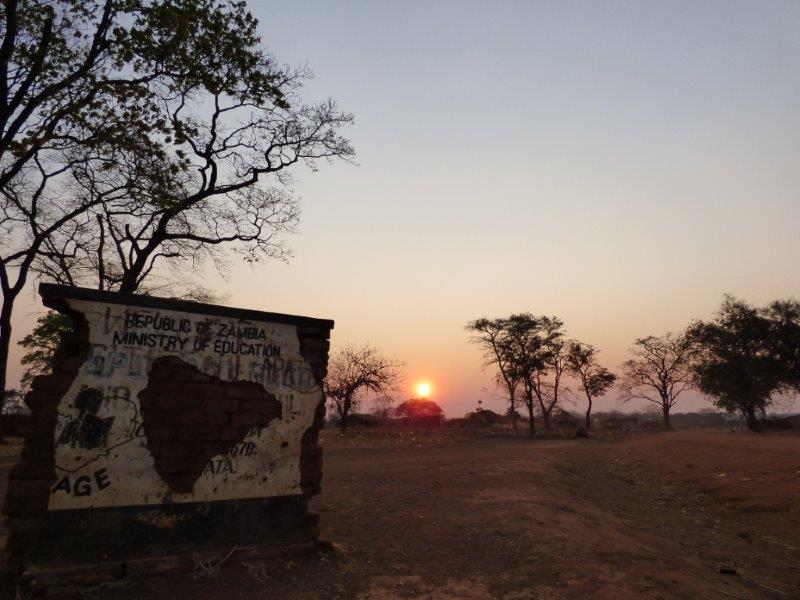 All photos copyright of Saving the Wild.
Coming up…
-Lessons from COMACO’s poacher to farmer transformation training
-Confessions of the ivory poachers of Luangwa Valley
-Transformed poachers lead the charge against human-wildlife conflict
-COMACO farmers tackle climate change and gender inequality, while saving wildlife
-A sneak peek into the upcoming documentary: Saving the wild, one human at a time