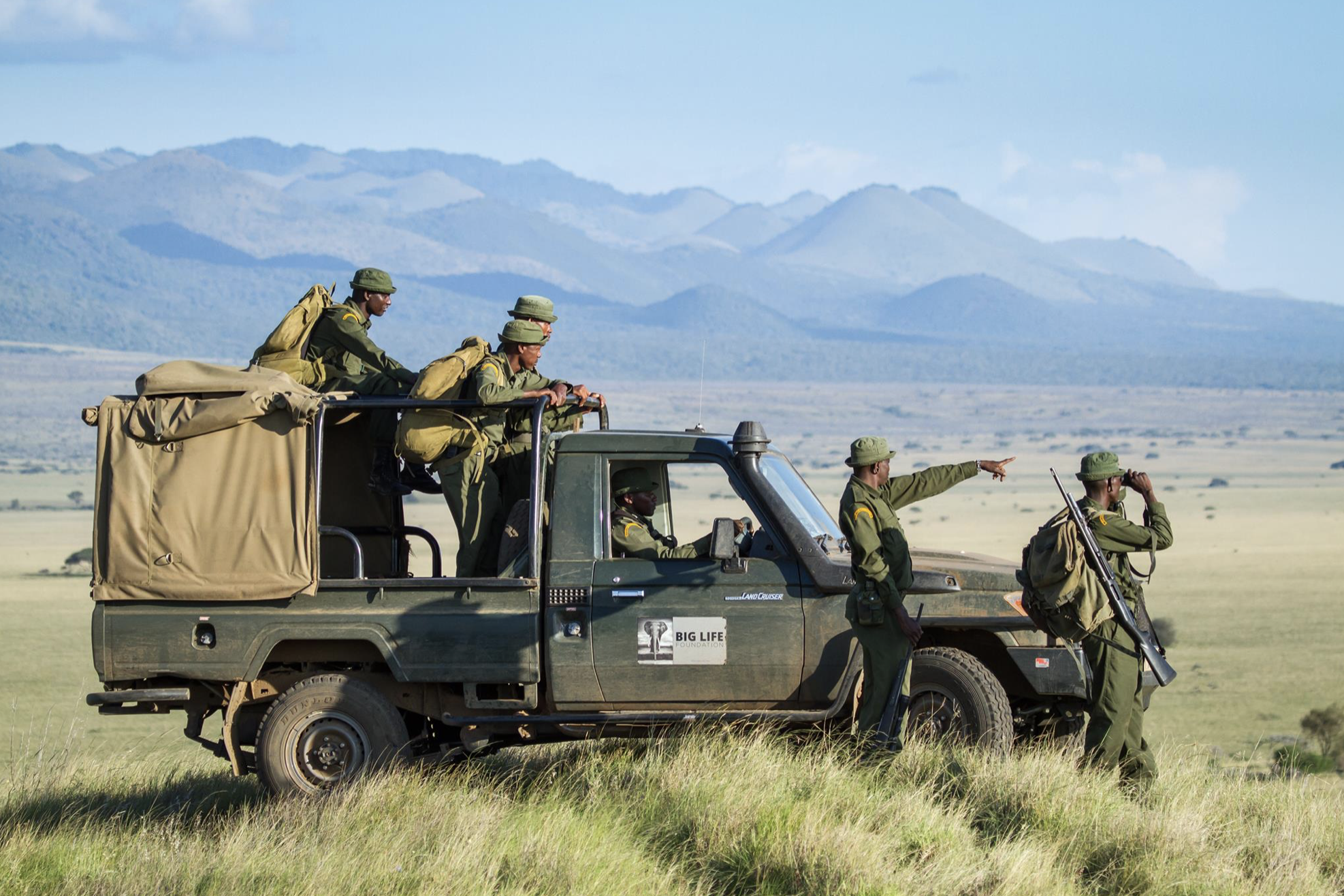 In support of Big Life Foundation

Big Life Foundation, our partner in Kenya, have just released their annual report, once again celebrating zero elephant and rhino poaching among all their other achievements that include 367 education scholarships awarded and 43 healthcare outreaches facilitated.

Covid-19 has brought conservation to its knees, with the loss of funding and crash of tourism, and if Big Life Foundation is to continue their outstanding work in the 1.6 million acres in the Greater Amboseli ecosystem, they’re going to need all the help they can get – and from someone who has spent time on the ground shadowing their rangers and community outreach workers, I can tell you now that they are worth every dollar donated as they continue to punch way above their weight.

I remember back in November 2014 when Big Life co-founder Richard Bonham appeared on my news feed after Prince William bestowed on him the Lifetime Achievement Award for his contribution to wildlife and the Maasai community. I was deeply moved by Richard’s acceptance speech, which can be read here.

At the time I was travelling around Africa, building a body of work under the umbrella, ‘solving poverty saves wildlife’, and illustrating that when we tackle the poverty link to the poaching crisis, we can save animals. Exactly one year later I arrived on Richard’s doorstep, like a sponge ready to absorb whatever I could of his vast pool of knowledge. It was then that I began to really comprehend the challenges of human-wildlife conflict.

“Conservation cannot be driven by emotion,” Richard would tell me the next day when he dropped me off at a ranger outpost. “I think one of the fundamental rules of mankind is economic self interest, and Big Life recognises this. And so we make sure that wildlife is generating revenue streams for the community, in order to sustain many of whom are living below the poverty line. The Maasai are really very tolerant, because after all it is their land, and these animals compete for space, grazing, water and they bring disease, so it’s actually a cost for people living with wildlife. The Maasai might not feel emotionally attached to these wild animals like you are, but they understand that they have a place in the natural world.”

For the last couple years Saving the Wild has contributed, in our own small way, towards the protection of the rhinos in the Chyulu Hills, and the protection of all species in the Kimana wildlife corridor through funding the wildlife intel budget. This vital corridor links Amboseli National Park with the Chyulu Hills and Tsavo protected areas, providing animals with a route through the narrowest part of the space between two settled areas. Leased from the local community, it is home to abundant wildlife and precious biodiversity.

In 2018 Big Life Foundation took over the management of Kimana Sanctuary. In the BLF annual report they listed $28,969 of tourism revenue generated for the community and $94,528 in lease payments made to community members. But with the covid-19 pandemic, tourism has come to a standstill, and the local communities are suffering.

Sometime in the near future Saving the Wild will be announcing further commitments to the Kimana wildlife corridor and the Maasai community, and we hope our global community will join us in supporting Big Life Foundation as they continue to put in the hard yards so that people all over the world can appreciate this great wild place from near and far.

Saving the Wild is a dedicated partner of Big Life Foundation in Kenya. Our funds are ring-fenced for wildlife investigations, and protection of black rhinos and the elephant tusker gene pool. Once again BLF is celebrating ZERO rhinos and ZERO elephants lost to poaching.

Further reading: Saving the Wild on assignment with Big Life (2015)

Saving Africa’s wildlife and other social creatures
We humans are social creatures and social relationships are a big part of who we are. We have the potential to cultivate a society that is not at war with itself by choosing actions that have beneficial circumstances, by cultivating the good, by choosing life.

Rhino tracking with the poacher who became a protector
I rise from my tent just as the sun is casting its first rays across Kenya’s Northern Chyulu Hills. The Big Life Foundation anti-poaching unit based at Lengloriti is splitting into three groups for the morning. One unit heads out to help a nearby Maasai village locate some lost cattle, another group is attending combat training, and I’m staying behind with Corporal Justus Nzioki for a rhino foot patrol and to check up on the camera traps.

Saving Jetta, the teenage elephant speared in the back
“Time to get going,” Dr Njoroge replies as he loads up the reversal drug. “We’ll have about four minutes before she wakes up.”

Slowly she begins to lift her head, but her body doesn’t follow. Her head goes down again, and then she raises her trunk and inhales freedom. The next sixty seconds pass in slow motion and then I realise I am panting.

“Come on girl,” I whisper as she pulls the top half of her body up. She heaves forward and steadies herself. Her back is covered in war paint as she slowly walks away, pausing once to look back at us. I catch my breath and smile. Today is a good day to live.