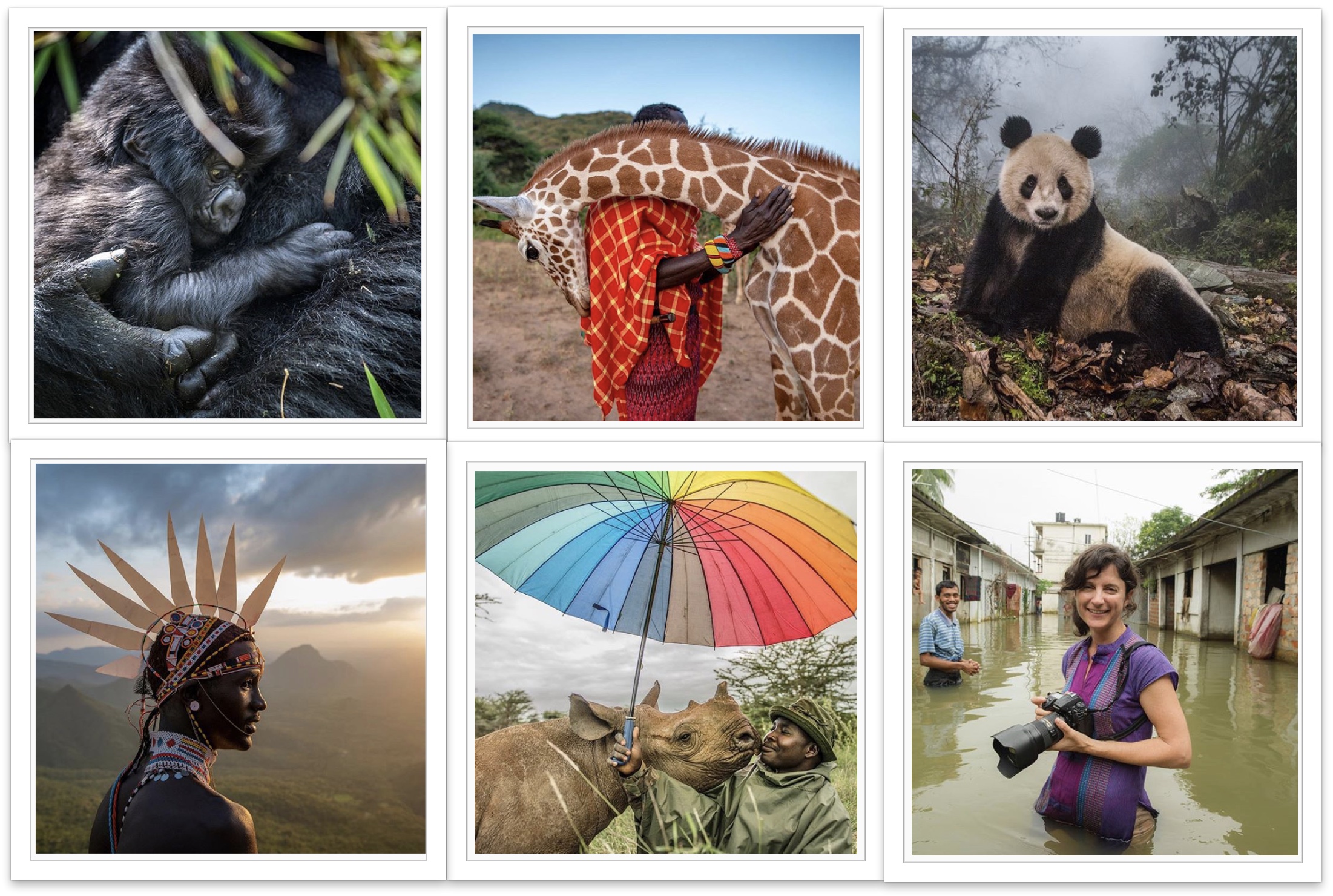 “It’s wonderful to look at a beautiful image, but it has to have impact. I want people to look at an image and feel empathy and understanding. And that’s the beauty of photography. It is the greatest communicator, transcending country, culture and religion, and it can be this thing that connects all of us. That is really what I seek to do.”
–Ami Vitale

Three minutes into the New Big 5 podcast with Ami Vitale, and already my mind was turning with images captured in a fragile moment that went on to rock the world. The image that has had the most impact on my work as a wildlife activist, is that of Sudan, the last northern male white rhino, being embraced by his keeper Joseph in his final moments before he passed away on March 19, 2018. Ami’s image, ‘Goodbye Sudan’, touched the hearts and minds of countless people around the world, many of whom were not even aware that rhinos are tumbling into extinction. And it was this image that helped me move a piece on the chessboard in my own battle to save the rhino.

Exactly one month after Ami took the photograph, I published an Open Letter to the South African government, demanding they stamp out the corruption driving rhinos into extinction. The letter begins like this…

The recent death of Sudan, the last male northern white rhino, is the face of extinction, with his passing in Kenya sending tremors of heartbreak throughout the world. Hluhluwe-iMfolozi Park in Zululand, once a global conservation success story for bringing the southern white rhino population back from the brink of extinction in the fifties, has now become a graveyard for rhino carcasses.

I called on South Africa, home to 80% of the world’s remaining rhino population, to take action against my Blood Rhino Blacklist, an alleged syndicate of corrupt justice officials that had for many years been taking bribes on rhino poaching cases. Backed by a police investigation, a few months later Parliament had no choice but to suspend Court President Eric Nzimande. As for the people I exposed for corruption inside Zululand’s flagship Hluhluwe-iMfolozi Park, they were either quietly removed or fired, and poaching plummeted from 222 rhinos killed in Zululand (KZN) in 2017 to 142 in 2018.

From the passing of Sudan rose a new wave of awareness in the rhino crisis. In fact, just recently National Geographic readers voted this soul stirring photograph of Sudan as the best photograph of the decade. What makes it even more meaningful is that Ami isn’t one of those photographers that swoop in to get the shot. She had been working on Sudan’s story for 10 years, working with the community in Ol Pejeta and other communities in northern Kenya to create awareness and help with funding. In fact, when I went onto Ami’s website after listening to the New Big 5 podcast, I saw there is a ‘Giving Back’ section where she donates 50% to 100% of the profits from her prints directly to the organizations she works with.

Under the image, Goodbye Sudan, Ami writes, “I am donating 100% of the profits directly to the keepers at Ol Pejeta so that they can continue on their mission of protecting and fighting for some of the world’s most vulnerable creatures.”

Yes, this truly is photography as a force for good.

This is what Ami had to say when Graeme Green, founder of New Big 5, asked her what it was like to be present when Sudan’s heart finally stopped beating.

“What was so heart-breaking is that you recognize when you look at the picture that human beings are both the protectors and the destroyers. You realize that this isn’t just the death of this ancient, gentle hulking creature – it’s the death of all of us. We are witnessing it on our watch. When I look at that picture and when I think about that moment, I feel this deep sense of guilt too, because you recognize we’re all part of the problem. We can also be part of the solution, but right now we are all part of the problem. That moment with just one animal is symbolic of what we’re doing to this planet and every living creature on it, including humanity.”

There is a “beautiful twist of fate” in Sudan’s story. To find out what that is, be sure to listen to the New Big 5 podcast where Ami takes us on an amazing journey from the great plains of Kenya to the aspiring tall tale of the Niger people who brought the West African giraffe back from the brink of extinction.